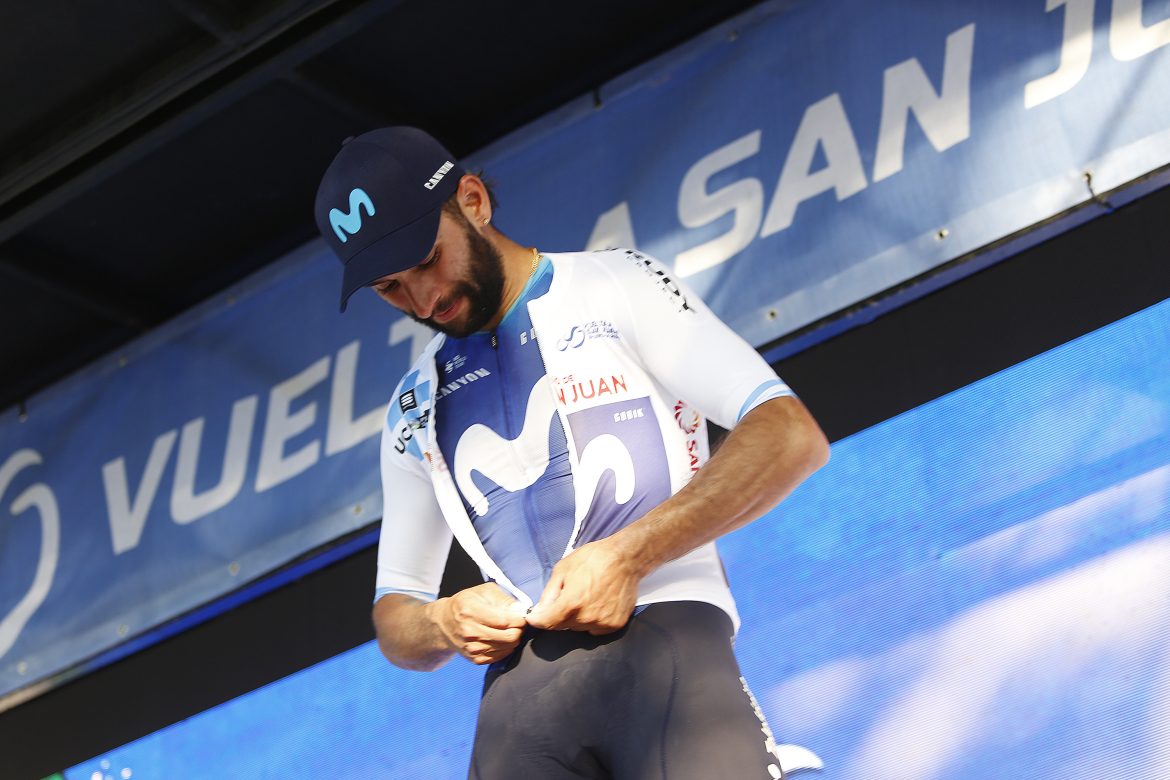 It only took four days of racing since his debut with the ‘M’ on his chest to enjoy a victory from who’s arguably the fastest sprinter the Abarca Sports organisation has enjoyed in nearly five decades of existence. Fernando Gaviria (Movistar Team) was able to don on Wednesday the leader’s jersey of the 2023 Vuelta a San Juan with the Blues’ first win of the season at a demanding stage four, 196km from the Autódromo del Villicum to Barreal and to heights exceeding 2,200m above sea level.

Barely 40 riders were able to keep up with the main peloton after the climbs, including all six riders directed by Pablo Lastras into an Argentinian race where they’ve always showed their colours at the front each day. Brazilian champion Vinícius Rangel, remarkable from day one, as well as Oier Lazkano, Albert Torres, Abner González and Einer Rubio supported Gaviria all the way to the line, as Fernando neutralized a ‘finisseur’ move from Filippo Ganna (IGD) and went on to beat triple World Champion Peter Sagan (TEN).

Gaviria -now up to 50 pro wins- will wear at the Alto Colorado, top of the Argentinian race, a leader’s jersey that will be on the hands of the climbers on Friday’s Queen stage, prior to the weekend’s two expected bunch sprints in Argentina. A country which, twelve years after the GC lead of Xavi Tondo in San Luis, continues to bring joy to the Movistar Team.

QUOTES / Fernando Gaviria:
“It was immense joy for us. I had sought for this victory so much. I worked so hard for the entire winter, and it came our way today. The team really behaved as we both desired today — just like they’ve actually been doing all week! We knew that this roster wasn’t that much full of rouleurs like other sprinters’, but today’s profile suited our abilities better. The guys, all five, were just the best today. The whole group worked for me. We sought for it, we deserved it, we achieved it. The mountain pass was so hard — heat has been more intense over the past few days and everyone struggled, but we kept ourselves calm, were able to stay together over the top, and worked hard until the finish to claim this beautiful victory. Now I’m wearing the leader’s jersey, but it’s just a coincidence; surely at the Colorado on Friday I’ll be losing half an hour (laughs). It will be a more calm day for me, heading into another two chances in the weekend.”