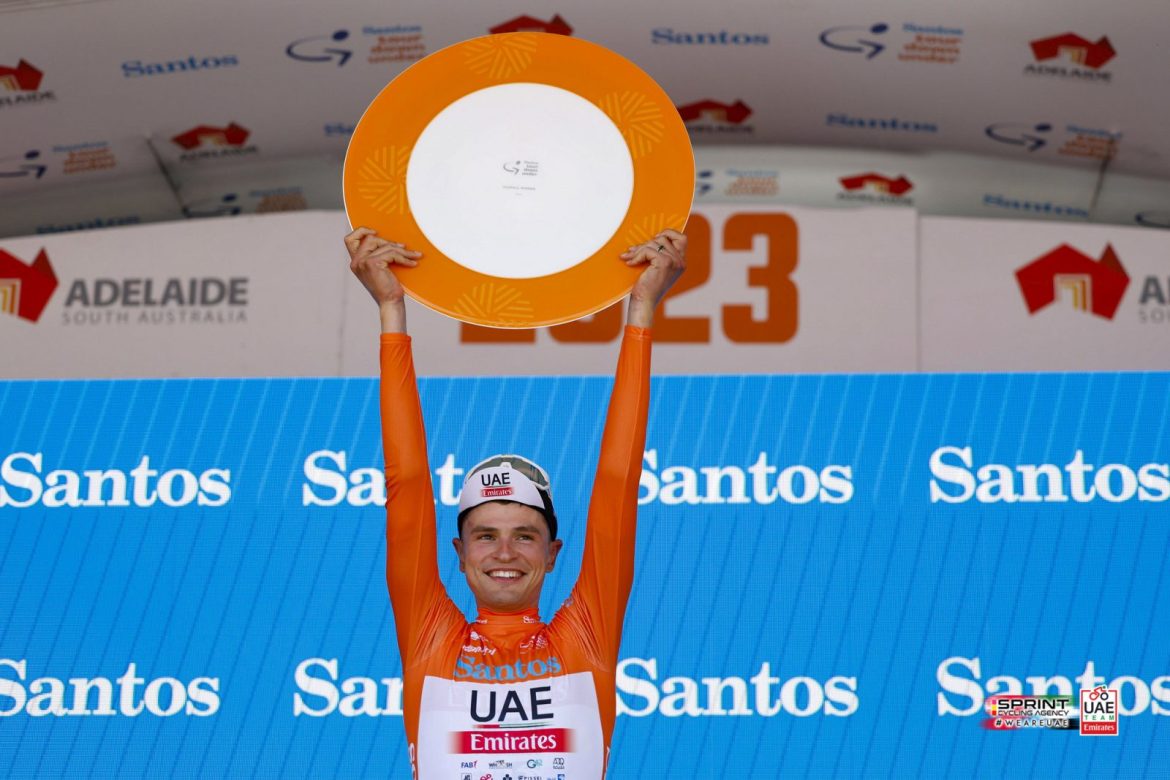 Jay Vine and UAE Team Emirates have got the 2023 season off to the perfect start with overall victory at the Tour Down Under in Australia.

Vine, who has held the leaders Ochre jersey since stage 2, kept his composure to follow all attacks on the final 112km from Unley to Mount Lofty (112km).

His closest rival Simon Yates (Jayco-Alula) would hit out for victory with just over a kilometre to go, but Vine had the strength to match his efforts, finishing just a bike length behind the British rider but conceding no time.

The overall team performance was rewarded with first place in the team classification to compliment the victory of Vine.

Vine: “It feels pretty incredible to be standing here wearing this jersey. The way the team rode that race was first class, the guys were incredible and our DS Marco in the car was also always clear and giving us good instructions. It was pretty hectic at the start of the stage, we really had to be on our toes but I had good guys around me, the team was incredible and they deserve it as much as I do.”