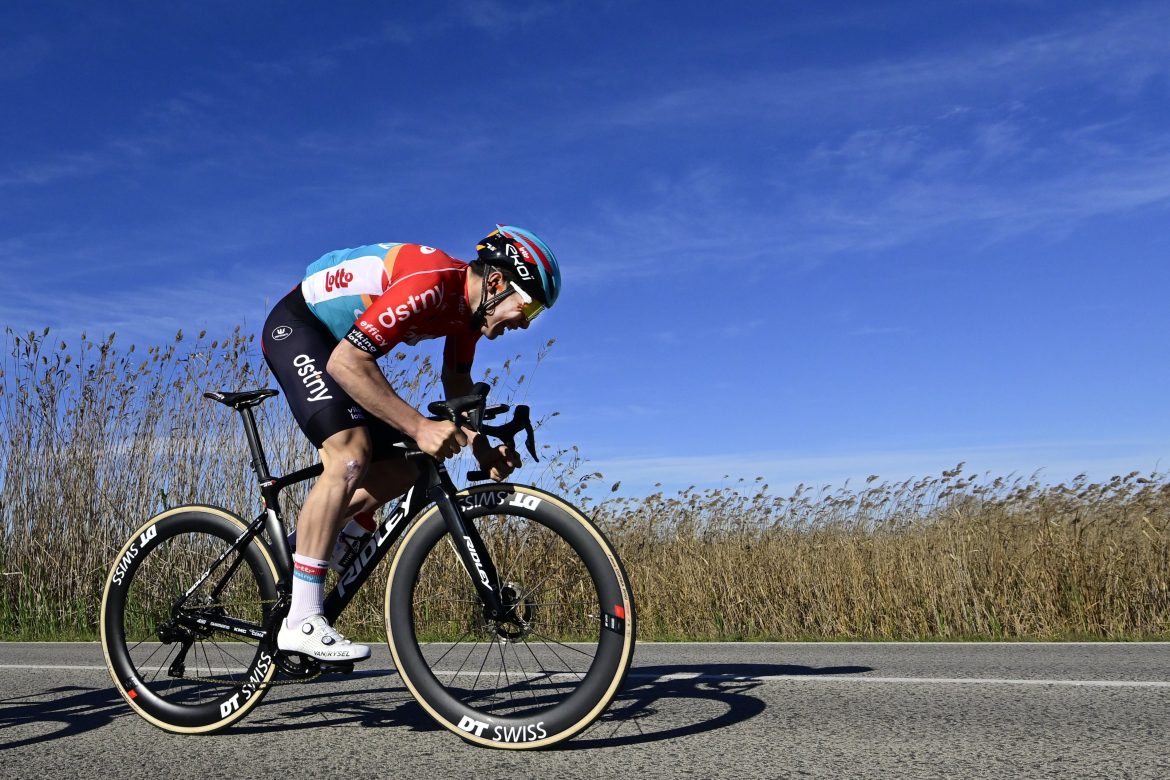 Lotto Dstny immediately took the win at its first race on European soil. It was Arnaud De Lie who showed his fast legs in a tough final at the one-day Classica Comunitat Valenciana. In the final uphill kilometres, De Lie was perfectly guided towards the sprint by his teammates. The 20-year-old Belgian unleashed his power in the final straight and proved the fastest in La Nucia. Boasson Hagen and Biermans flanked De Lie on the podium. “It’s fantastic to start the season with a victory, but more important to see that the team is immediately there to make sure that I could sprint at the end.”

On the steepest slopes of the Alto de Bixauca – as expected the decisive climb in the final – the peloton split and a front group formed with amongst others Brent Van Moer. After that move was reeled in, Lotto Dstny took the initiative in the bunch. The challenging last kilometres made for a chaotic final, but De Lie could count on his teammates, who guided him into the uphill last straight. The Belgian launched a powerful acceleration and sprinted to his first victory of the season.

Arnaud De Lie: “The long climb in the deep final didn’t make it easy but for us it was a very good scenario. Brent Van Moer was present at the front and back in the peloton, we showed to be the strongest team in the race. In the final kilometres, we played it perfectly and countered the various attacks. We were always in control and then it was up to me to sprint. So I am really happy that I can reward my teammates with the first victory of the season. Of course, this win is important after a winter of hard work to be immediately ready for the first race. That I could follow on the long climb showed that I took another step forward. This victory is a nice start, but I’m hungry for more…”