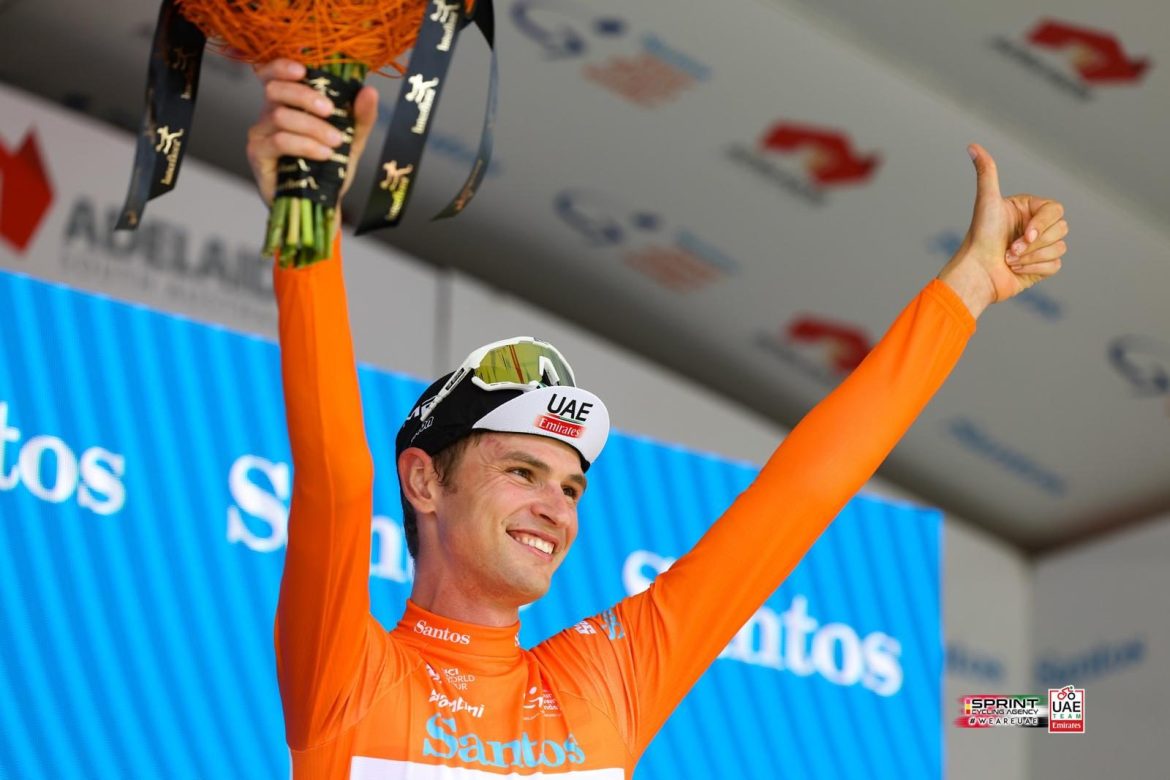 UAE Team Emirates took a significant result on stage 3 of the Tour Down Under in Australia with Jay Vine taking the 3rd place and control of the race lead on the hilly run-in from Norwood to Campbelltown (116.8km).

The 27 year old local favourite was in touching distance of the leaders jersey held by Rohan Dennis (Jumbo-Visma) coming into the stage at just +3 seconds. With this in mind Vine kicked-out for home inside the final 10km on the ascent of Corkscrew Hill with only Simon Yates (Jayco-Alula) and Pello Bilbao (Bahrain Victorious) able to follow the flying Australian.

This winning trio would work together well on the descent into Campbelltown, with Vine taking the biggest turns spurred on by the possibility of moving into the coveted Ochre leaders jersey. Pello Bilbao came through for the stage victory in the sprint ahead of Yates with Vine rounding out the podium.

The Emirati squad holds a commanding position in the race heading into stage 4 from Port Willunga to Willunga Township (133.2km) with the lead in the teams classification and Vine also leading the KOM standings.