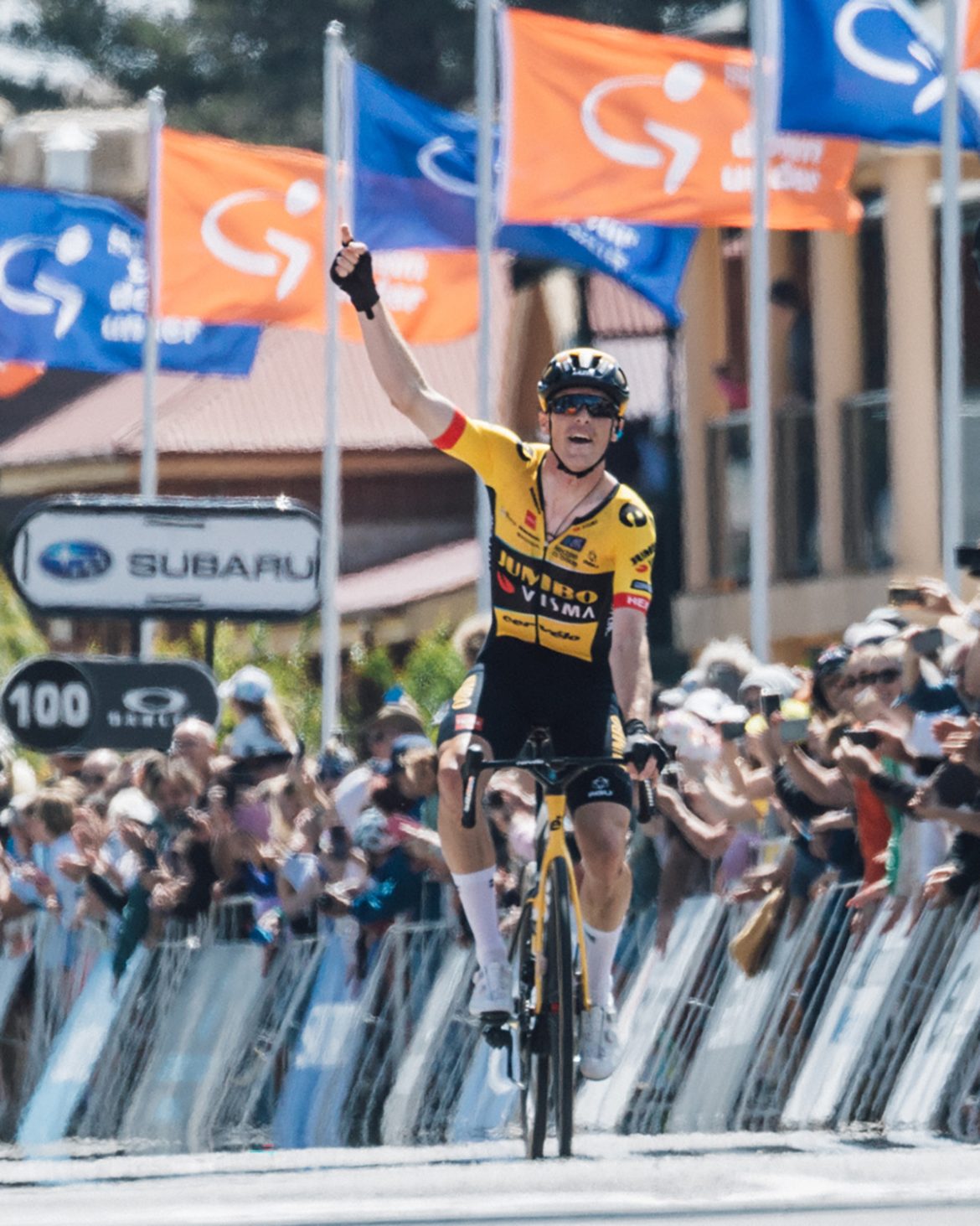 Rohan Dennis has won the second stage of the Tour Down Under. In a tricky final, the Australian emerged as the strongest of a leading group of five. The leader of Team Jumbo-Visma is also the new leader in the general classification.

With 2,400 altimeters, the stage to Victor Harbor featured a profile that was anything but simple. Nervousness soon took over in the peloton as it crumbled with a hundred kilometres to go. Although there was a subsequent regrouping, the entertaining final had already started.

On Nettle Hill, the key point of the day, several riders could no longer contain their attacking spirit. A handful of elite cyclists, including Jay Vine, Simon Yates, Jai Hindley, Mauro Schmid, and Dennis, gradually rode further away from the now-reduced peloton. The five riders kept up a steady pace and eventually competed for victory. Hindley appeared to have the best chance of winning thanks to a smart attack, but Dennis defeated his compatriot with an impressive display of power by creating an unbridgeable gap. The 32-year-old Australian subsequently secured the first victory of the 2023 cycling season for himself and his team, Team Jumbo-Visma.

After his victory, the stage winner looked back on his battle plan. “To lose Robert Gesink yesterday was obviously a big loss, but the guys rallied around me and did a brilliant job today one man down. I couldn’t be happier with how the guys raced for me. I nevertheless had to fight for this win. I picked up the pace on the final ascent to catch up to Yates and Vine, who had already fled. I didn’t expect a breakaway attempt on that climb would go to the line, so I’m glad I was a part of that. In hindsight, it turns out I gambled well there. The run-in was quite tricky. With that, it was hard as a team to take control. I seized the opportunity and jumped to the head of the race. The cooperation in the group went well”, Dennis looked back with satisfaction.

The Australian cyclist completed his first competitive kilometres at the WorldTour level during the Tour Down Under when he was a teenager. “For Australians this is a unique race. I was able to enter the professional peloton thanks to this race. I consequently have a lot to give back in some way to this race. It feels good to start in the leader’s jersey tomorrow. I’m hoping I can defend it, but let’s see what happens”, the 2015 overall winner in 2015 concluded.