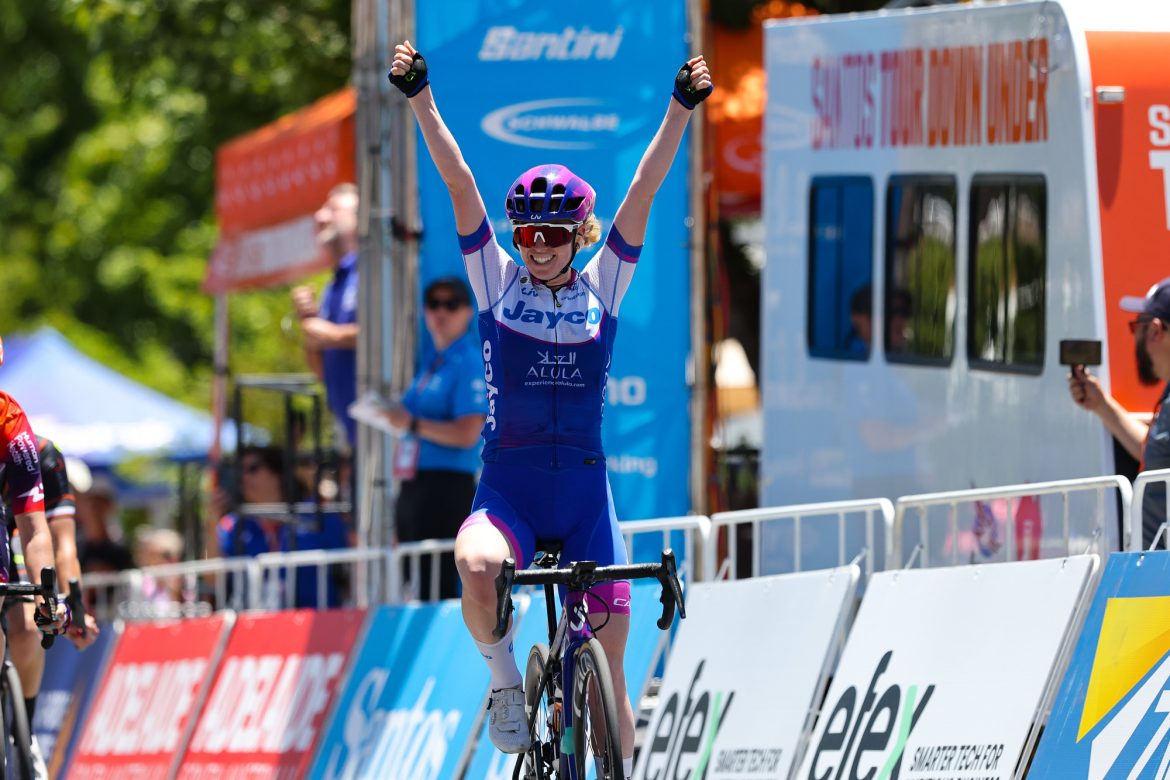 Local Adelaide rider Alex Manly stormed to a special and empathic stage victory for Team Jayco AlUla on today’s stage two of the Women’s WorldTour race, the Santos Tour Down Under.

Setting the mood early on the 90km stage from Birdwood to Uraidla, Manly picked up two seconds on the intermediate sprint, a true sign of her general classification ambitions.

With Team Jayco AlUla controlling the stage, protecting their lead riders Manly and Ruby Roseman-Gannon, as predicted the real action and race winning move was formed on the final climb of the day, the 6.1km climb Mount Lofty.

Australian champion Brodie Champman accelerated, taking with her a select group over the top of the climb including the Team Jayco AlUla duo. Coming into the final, Amanda Spratt escaped solo inside the final three kilometres, and it was touch and go as to whether she would hold off the chasers.

Tension built in the group but with a cohered effort from the various teams, the group closed in on the three-time former winner. Under the flamme rouge, Roseman-Gannon put in a last-ditch attempt to make the catch, powering towards and past Spratt to give Manly the perfect opportunity to take the stage victory.

Flying round the final corner in first wheel, the speed of Manly was unmatched as she accelerated up the last drag and to the stage win, picking up the points classification lead and overall race lead in the process.