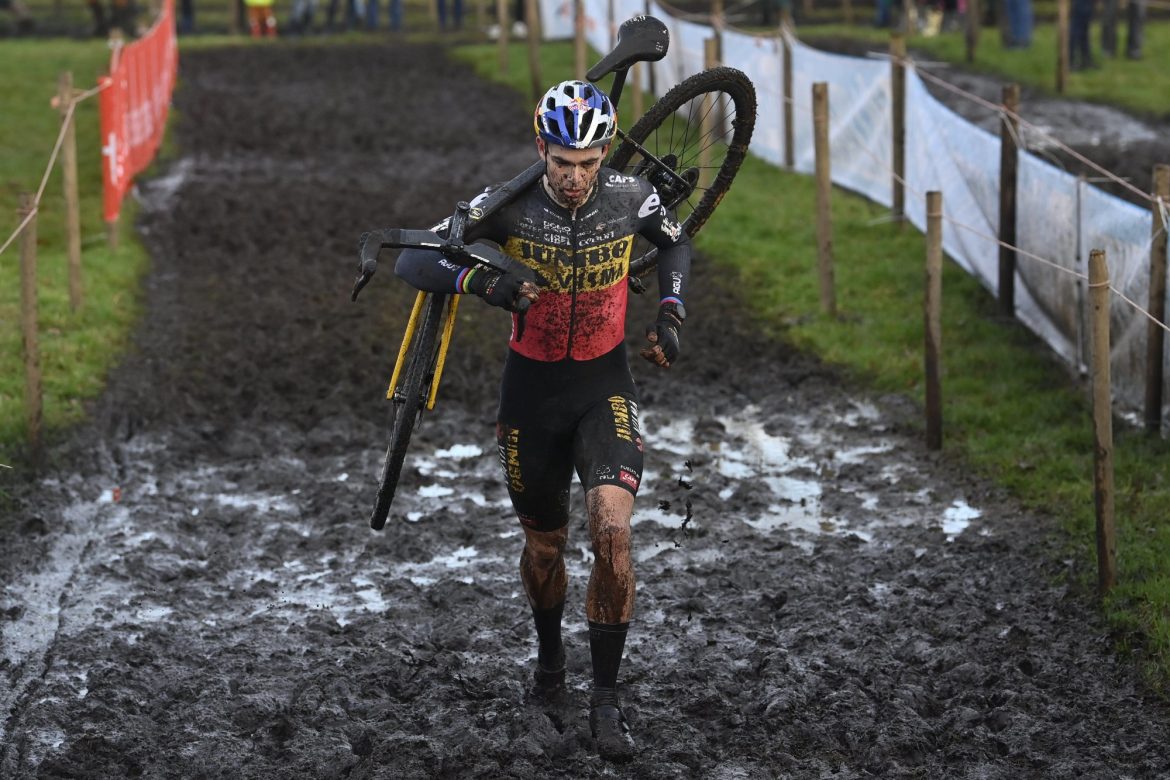 Wout van Aert has soloed to victory in Zonhoven. The Belgian champion quickly established himself in the lead.

Van Aert controlled the cross from the start and was alert on the treacherous course in Zonhoven. “I had the feeling I could ride a high pace. After the challenging races of the previous weeks, a meaningful acceleration was no longer possible today. At the start of the race, I tried to take advantage of Mathieu van der Poel’s errors. When he fell in front of me, I managed to establish a significant gap”, the winner said.

He steadily increased his lead and won by a significant margin. It was Van Aert’s eighth win of the season. With ‘the pits’ serving as the deciding factor, it was also a feast for the spectators in Zonhoven. This did not go unnoticed by Van Aert. “It is the only cross on the calendar where you get this kind of connection with the public. You can hear from the audience what is happening. That’s gratifying, even if you are suffering”, Van Aert said.