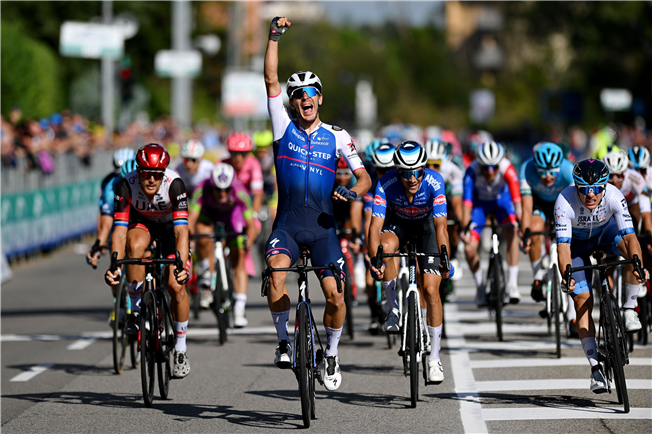 Following the publication of the lists of the teams registered by the Union Cycliste Internationale (UCI) for the 2023 season, the UCI is today communicating several modifications to “Part 2 – Road Races” of the UCI Regulations, which will come into effect on 1 January 2023.

At the conclusion of the three-year cycle, at the end of which UCI WorldTour licences were granted to teams, the various stakeholders involved in professional men’s road cycling expressed a wish to adjust the existing points scale to attach more value to the most prestigious UCI WorldTour races, and rebalance the respective importance given to one-day races and stage races.

The main changes to the points scale attributed by the different race classes in the UCI International Road Calendar are as follows:

These changes, which will serve to widen the gap between the points scored in the most prestigious races and those in lower categories, are aimed at encouraging teams to enter their best riders in the most important races and to ensure a better correlation between the points awarded and the sporting achievement involved, which is clearly at a higher level in UCI WorldTour races featuring all UCI WorldTeams.

Furthermore, the UCI World Ranking for teams, which up until now has been determined by the total points obtained by the best 10 riders in each team, will now be calculated on the basis of the results of the best 20 riders (which corresponds to the minimum number of riders for UCI ProTeams).

This increase in the number of riders is designed not only to better reflect the competitive strength of the teams, but also to reduce the downside of their best riders being unavailable for any reason (for example injury or illness) during a given season. With the UCI World Ranking for teams acting as the basis for the evaluation of the teams in terms of sporting criteria (for the purpose of awarding UCI WorldTour licences), an increase in the number of riders whose results are taken into account will help to reduce the pressure that is currently imposed solely on a limited number of them, and which can lead to a series of negative consequences (risks of injury, excessive numbers of race days, temptation of doping etc.)

The system of mandatory invitations to UCI WorldTour races has also been modified, on a temporary basis. For the 2023 season, any UCI ProTeam which lost its UCI WorldTeam status at the end of the 2022 season due to sporting criteria and which is not one of the teams eligible for mandatory invitations (as set out in article 2.1.007 b of the UCI Regulations) will automatically receive invitations to stage races (with the exception of the Grand Tours) and one-day UCI WorldTour races. This modification is aimed at maintaining stability within teams, and is limited to one transition year – i.e. only for 2023, coming as it does after three years of significant upheaval due to the global pandemic.