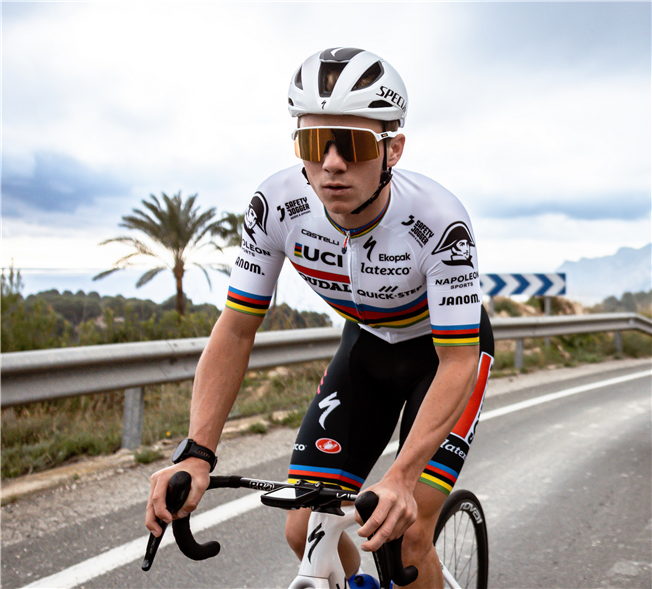 The current World Champion has announced that he will begin his 2023 campaign at the Vuelta a San Juan, in January.

A neo-pro in 2019, Remco kicked off his first year with the Wolfpack at the Vuelta a San Juan, where he enjoyed a solid start to his career, taking third in the individual time trial and the best young rider jersey, as well as helping teammate Julian Alaphilippe finish on the race’s overall podium.

One year later, he returned at the start, and after an impressive demonstration, he was crowned winner of the event, becoming the first Belgian to triumph there in 38 editions.

In 2023, Remco will be present again in Argentina, this time as World Champion, ready to start his fifth season with Soudal Quick-Step. It will be Evenepoel’s – who’ll celebrate his 23rd birthday during the race – first stage race since coming out on top at the Vuelta a España.

“I’m happy to race again in San Juan. It was my first race as a pro in 2019, I have a lot of great memories from my previous outings in Argentina, and I’m delighted to start my year in the rainbow jersey there. I hope to see many of those amazing fans on the road and I can’t wait to debut my Soudal Quick-Step World Champion jersey in a couple of weeks”, said Remco about the race which will take place between 22-29 January.