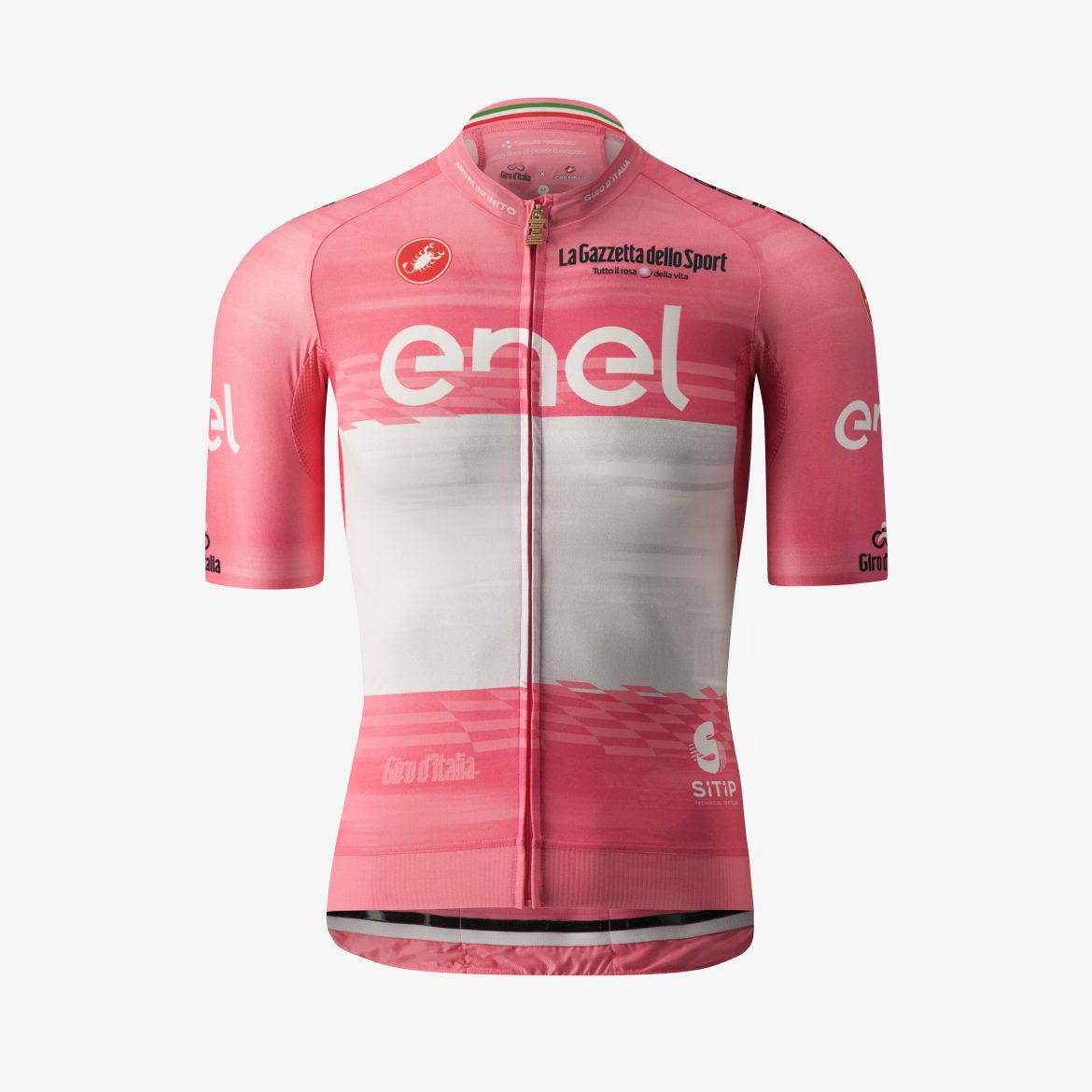 The Maglia Rosa is recognized throughout the world as a historic and innovative symbol of the leadership of the Giro d’Italia.

For 2023, the iconic jersey will be characterized by a modern and digital style. The jersey represents the technologically evolved era we live in, an era characterized by speed – a common thread with the Corsa Rosa.

Manifattura Valcismon and Castelli has renewed its partnership with the Corsa Rosa for another four years, running until 2026. 2023 will be the eighth year for Enel as title sponsor of the Maglia Rosa, having worked alongside the Giro d’Italia since 2016. This year, Sitip, which produces the fabric for the Maglia Rosa, will celebrate its tenth anniversary with the Giro d’Italia.

The 2023 Maglia Rosa will be the protagonist of a new digital collection exclusively on ItaliaNFT. The Italian marketplace of digital collectibles and Web3 projects is already a partner of RCS Sport having worked together in the previous edition of the Giro d’Italia, and is now ready to host the latest official collection for the race. Today, the new Maglia Rosa, perfectly recreated in digital format, is available as a one-of-a-kind piece up for auction alongside a host of associated benefits; among them, the possibility of closely following the final stage in Rome aboard the Giro’s official car.

The first rider to wear the Maglia Rosa was Learco Guerra, on 10 May 1931; while the holder of the most Maglia Rosa is Eddy Merckx, having collected 78. Next comes Moser with 57, Bartali with 50, Saronni with 49, Anquetil with 42, and Coppi and Hinault: 31. Jai Hindley, winner of the 2022 Giro d’Italia, was the first Australian rider to conquer the Maglia Rosa. From 1931 to today, 260 riders have worn the Maglia Rosa at least once.

Urbano Cairo, President of RCS MediaGroup, said: “The Maglia Rosa is the emblem of the Giro d’Italia. A symbol recognized all over the world thanks to the many champions who have worn it since its inception in 1931. The  Maglia Rosa has evolved over the years, like cycling and all sports. Today we talk about three companies that accompany it and give it prestige: Castelli, a historic brand that has already associated its brand in the past with many winners of the Giro d’Italia; ENEL, which has been its top sponsor for 8 years, and Sitip which produces its recyclable and sustainable fabrics. I am sure that, together with our brand companions, we will offer a product of the highest level.”