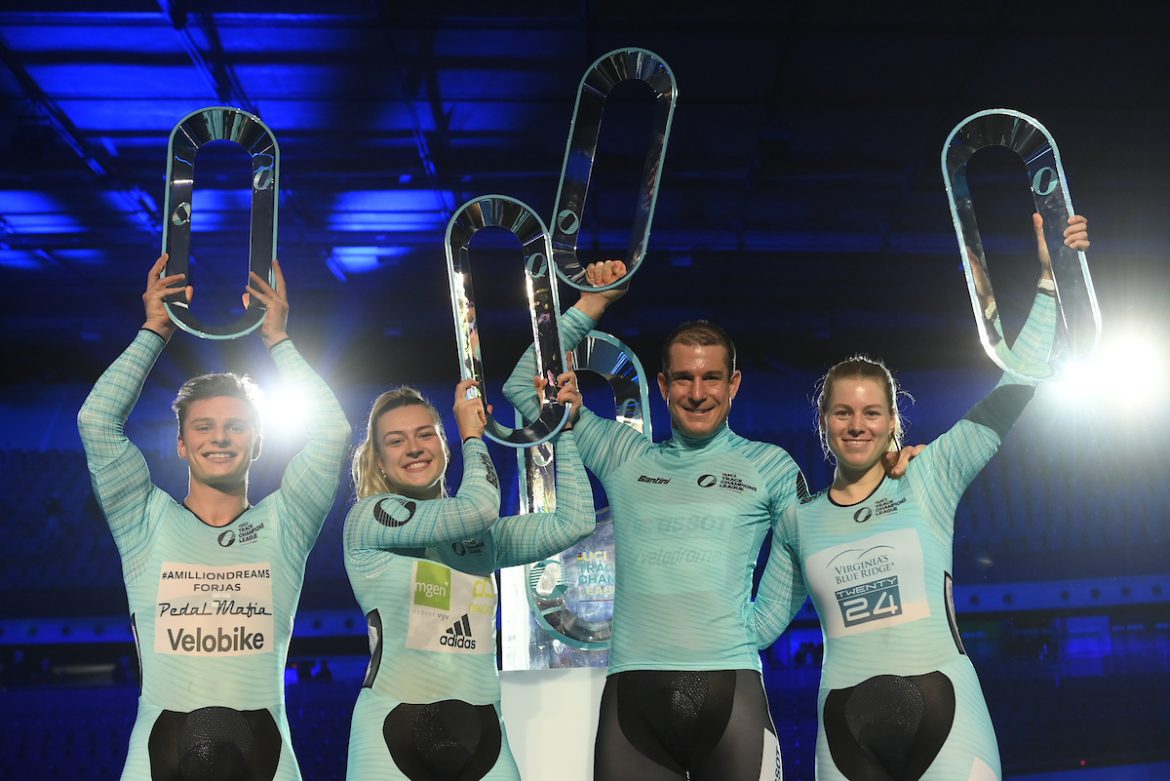 In front of a sell-out crowd of over 5,500 fans inside the iconic Olympic venue, Lee Valley VeloPark, all the riders put on yet another incredible show.

Much of the talk heading into the night had centred on who would come out on top of the Men’s Sprint competition, with Richardson and Harrie Lavreysen (Netherlands) having dominated from beginning to end. Lavreysen took the early bragging rights by winning the Sprint, but it was Richardson who claimed overall honours by outpacing his arch rival in the Keirin final, topping the final standings with a two-point winning margin.

The Men’s Endurance competition couldn’t have been any tighter going into Round 5 with Imhof and Sebastián Mora (Spain) sitting level on points, and that was how things ended, with Imhof awarded the overall victory on account of him finishing two places ahead of Mora in the night’s thrilling Elimination race.

In the Women’s Endurance competition, Valente ensured she held onto the blue jersey from beginning to end by finishing three points ahead of Katie Archibald (Great Britain) after taking fourth place in the Scratch and then claiming second in the Elimination.

Finally, in the Women’s Sprint league, Gros secured a 13-point victory over Kelsey Mitchell (Canada) by winning the Sprint in scintillating fashion after she’d also taken sixth place in the Keirin.

Elsewhere on the night, British trio Mark Stewart, Archibald and Oliver Wood gave the home crowd plenty to cheer. Stewart had them on their feet when he sealed his second Scratch win of the season moments before Archibald bagged her fifth victory of the 2022 series in the Women’s Elimination. Wood then rounded off a hat-trick of British successes by triumphing in the Men’s Elimination.

The opening win of the night had gone to Chloe Moran (Australia), who claimed her first UCI Track Champions League success in the Scratch, while Martha Bayona (Colombia) took her second Keirin triumph of the campaign.

The night belonged to Richardson, Imhof, Valente and Gros though, who each walked away with a coveted blue jersey, UCI Track Champions League trophy, and equal prize money totalling €25,000 per rider.