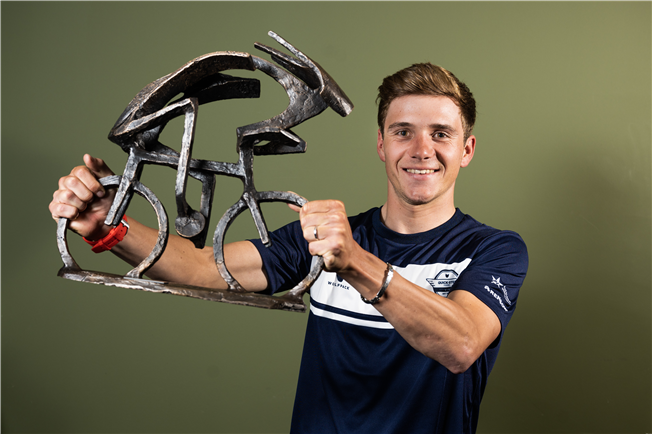 Accolades continue to pour in for Remco Evenepoel, the first Belgian in more than four decades to triumph in a Grand Tour. A week after receiving the award for the male rider of the season at the Kristallen Fiets Gala, Quick-Step Alpha Vinyl’s 22-year-old was named Flandrien of the Year – one of the most prestigious individual trophies in cycling.

“I am currently on holiday, but I’m very happy and proud to receive my first Flandrien trophy. It’s something special, as was my entire season, a truly amazing one that I will never forget”, said the youngest rider ever to be awarded the trophy.

“I want to thank everyone for their support and for helping me achieve my goals and big dreams. It was a unique year I think, one that I don’t know if I will ever repeat, so that’s why this trophy means so much for me. Everyone on the team supported me from the beginning until the end of the season and I thank them for that. This award is also for my parents, as without them I wouldn’t be where I am now.”

At the same end-of-season gala, another Quick-Step Alpha Vinyl rider, Ilan Van Wilder, was named Best Teammate of the Year, making sure the award remained in the squad, after being won by Dries Devenyns and Tim Declercq at the past two editions.