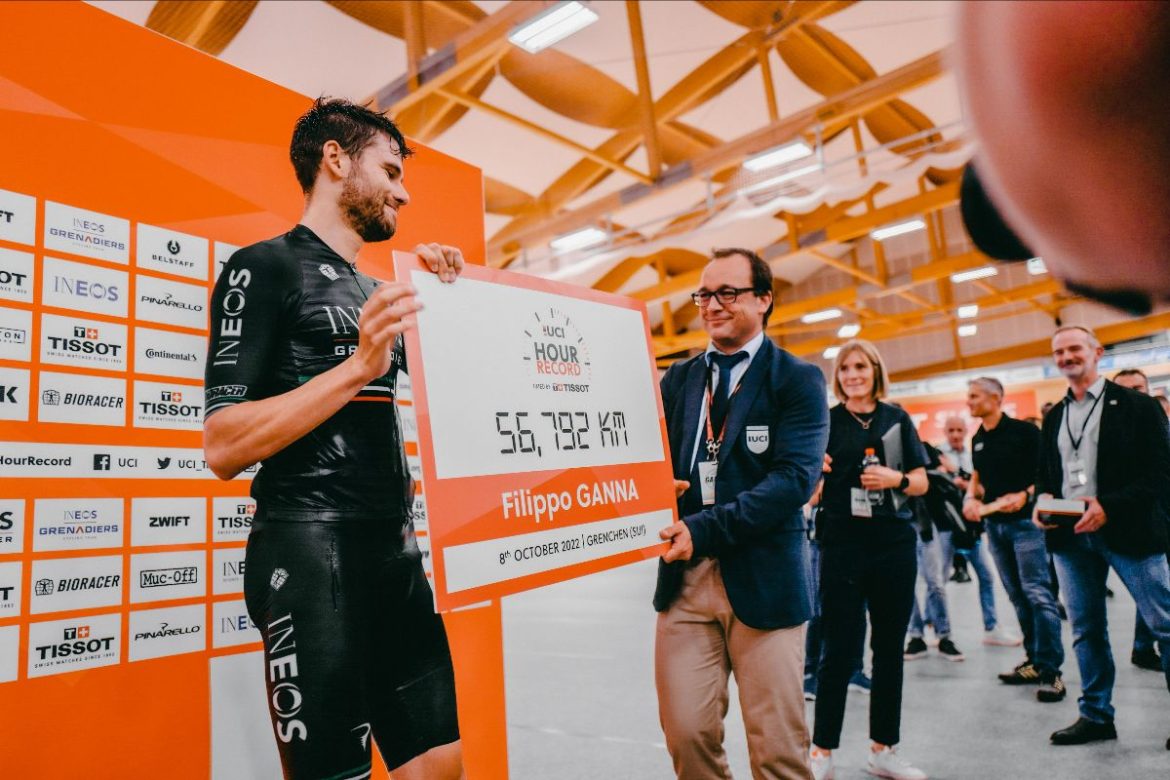 Filippo Ganna yesterday broke the UCI Hour Record timed by Tissot, by covering a distance of 56.792 km in 60 minutes at the Tissot Velodrome in Grenchen, Switzerland.

With this historic performance, the Italian member of UCI WorldTeam Ineos Grenadiers takes the record from Great Britain’s Daniel (Dan) Bigham – performance engineer for Filippo Ganna’s team -, who covered 55.548 km on 19 August at the same velodrome.

Reacting to his successful attempt, Filippo Ganna said: “To arrive at this amazing goal is fantastic for me and for all the staff who have worked for a long time to get to this result.”

Describing the pain of the last five minutes, he said: “I lost energy to try to go for 57, but nothing [in the legs]. It’s OK!”

The new holder of the UCI Hour Record timed by Tissot does not appear to have ruled out another attempt: “Next time maybe I will try at another part of the season when I have fresher legs and we can go even higher… but now we will think about recovery.”