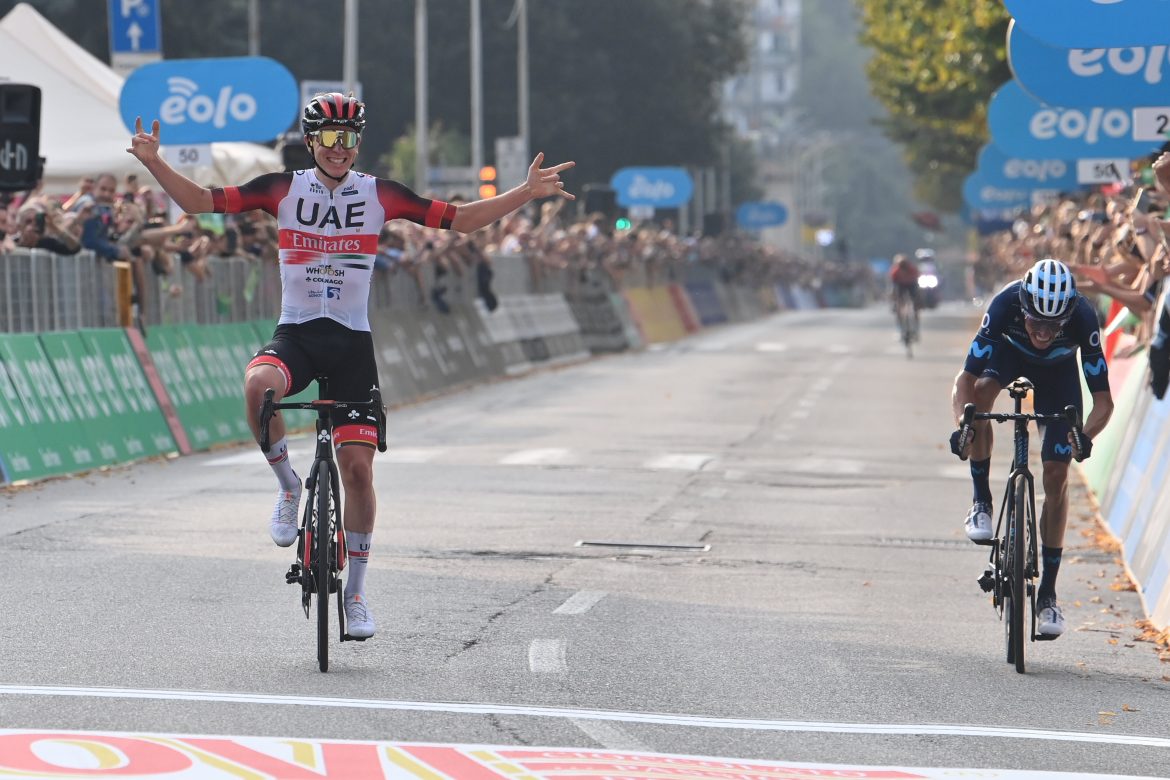 Speaking seconds after the race finish, the winner Tadej Pogacar (UAE Team Emirates) said: “It’s really amazing to come back and repeat the victory. I tried to attack on Civiglio but Mas was clearly on the same level as me. I was still confident that I would beat him in the sprint. At Giro dell’Emilia, I was still suffering from the trip back from Australia, but I have felt better and better since. This victory makes it an almost perfect 2022 season for me.”

Runner-up, Enric Mas Nicolau, said: “It’s a sad day because it was the last race of Alejandro Valverde, but it’s also a happy day because I managed to arrive second behind Pogi [Tadej Pogačar] in a monument. I tried to beat him in the sprint. I tried before in the last two climbs. Step by step, we grow up. I’m really happy about that. I like one day races more and more. I like Liège-Bastogne-Liège, San Sebastian and Il Lombardia so I will try to win a Monument in the coming years.”

Third on the podium, Mikel Landa Meana, said: “Third is my place in Italy! I came third at Tirreno-Adriatico and the Giro d’Italia before this year. It makes me happy because it’s a good spot. I really love this race. I never came with the shape I wanted before today. This time I was in a very good shape. At some point I was hoping that Pogačar and Mas would watch each other and I could go away but they were stronger than me. I had the third place under control. It’s nice that two Spaniards make the podium the day Valverde quits.”