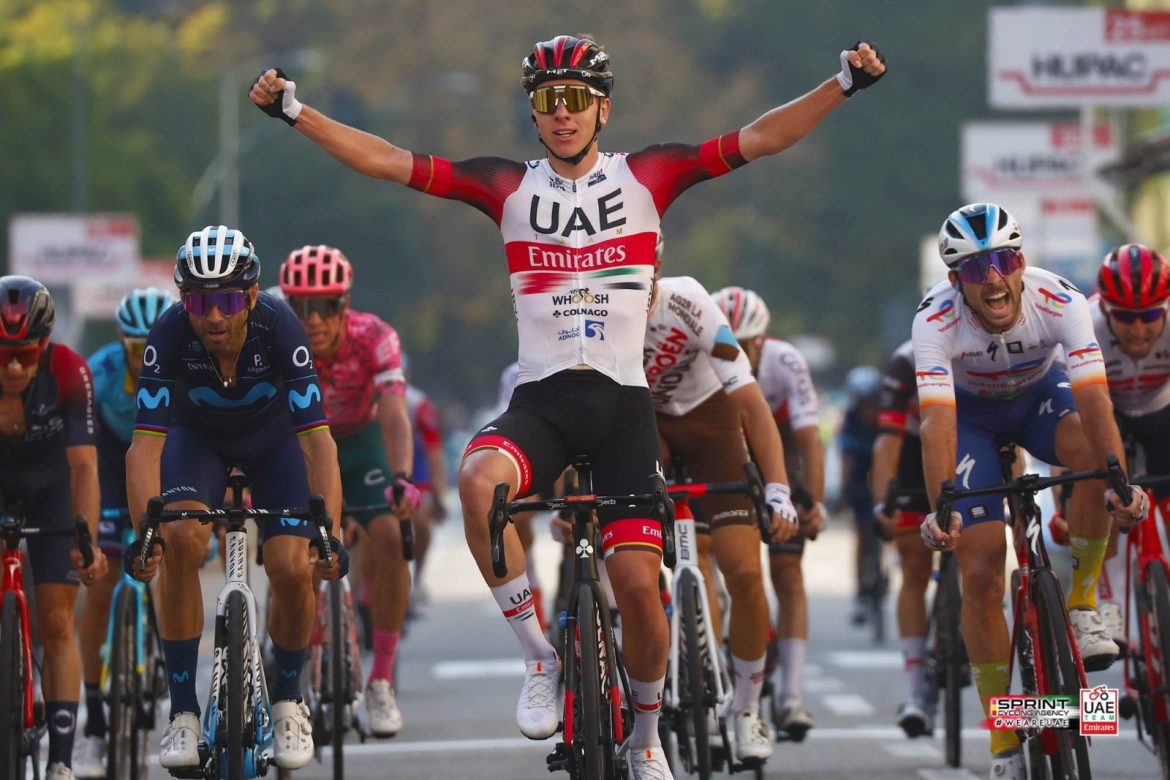 After the 2nd place obtained on Saturday in the Giro dell’Emilia, Tadej Pogačar upped the ante again to snatch victory at Tre Valli Varesine.

The UAE Team Emirates rider added his name to the roll of honor of the winners of the prestigious Italian race by sprinting from a select group of 20 riders, at the end of a race controlled perfectly by the Emirati team.

The last step on the ascent of Montello reduced the group of favourites to 25 athletes, among whom Vincenzo Nibali (Astana) hit out for glory , but nothing stuck and the sprint was won in style by Pogačar, with his 15th win of the season (45th victory for UAE Team Emirates), followed by Sergio Higuita (Bora-hansgrohe) and Alejandro Valverde (Movistar).

Pogačar: “I am very happy for the victory. It was a very fast race, the team worked well to keep the group together in the final, especially Diego Ulissi was exceptional: the sprint was the best option for me in the final stages of the race, everything went perfectly. It is a good performance ahead of Il Lombardia: it will be more difficult than last year, but we will try as always to give our best. ”