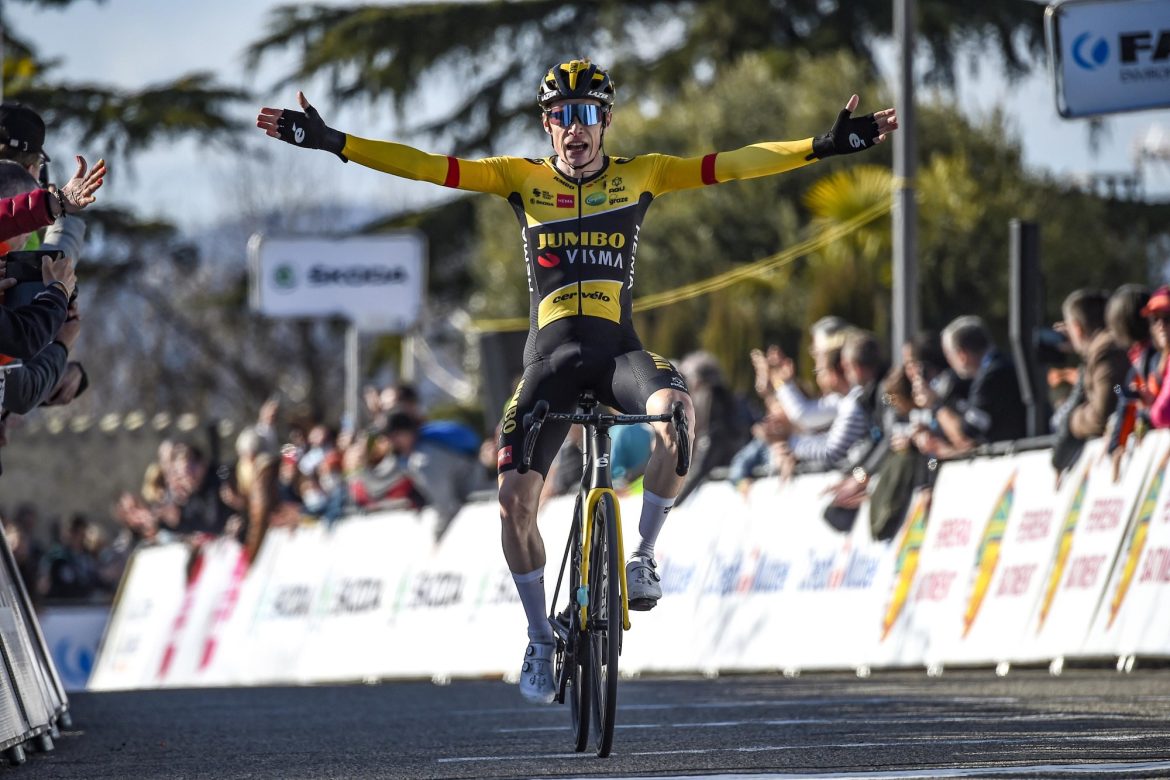 In the fifth stage of the CRO Race, Jonas Vingegaard has struck hard. The Dane of Team Jumbo-Visma was the strongest in the final vicious metres and crossed the line in Labin first. With his second stage victory, Vingegaard also took the lead in the general classification.

Team Jumbo-Visma showed an offensive approach early on. “We had planned to attack on the long climb and we executed it well. The team was super strong, Gijs Leemreize in particular”, Vingegaard said.

Leemreize joined his leader at the front of a small group of favourites. From this group, Vingegaard watched his teammate with admiration. “I think Gijs rode at the front for about eighty kilometres. I’m glad I was able to finish it off.”

In the end, the winner was decided by a sprint from a limited group. “I started a little too early, but with a last effort, I managed to cross the line first”, the new general classification leader said.

However, Vingegaard did not set his hopes too high. “Tomorrow will be another hectic and difficult day, with plenty of bonification seconds. I am by no means sure of the overall victory. We will have to be very sharp. However, I am pleased with my form”, the Tour winner said. His seventh season win brought his team’s annual tally to 46.