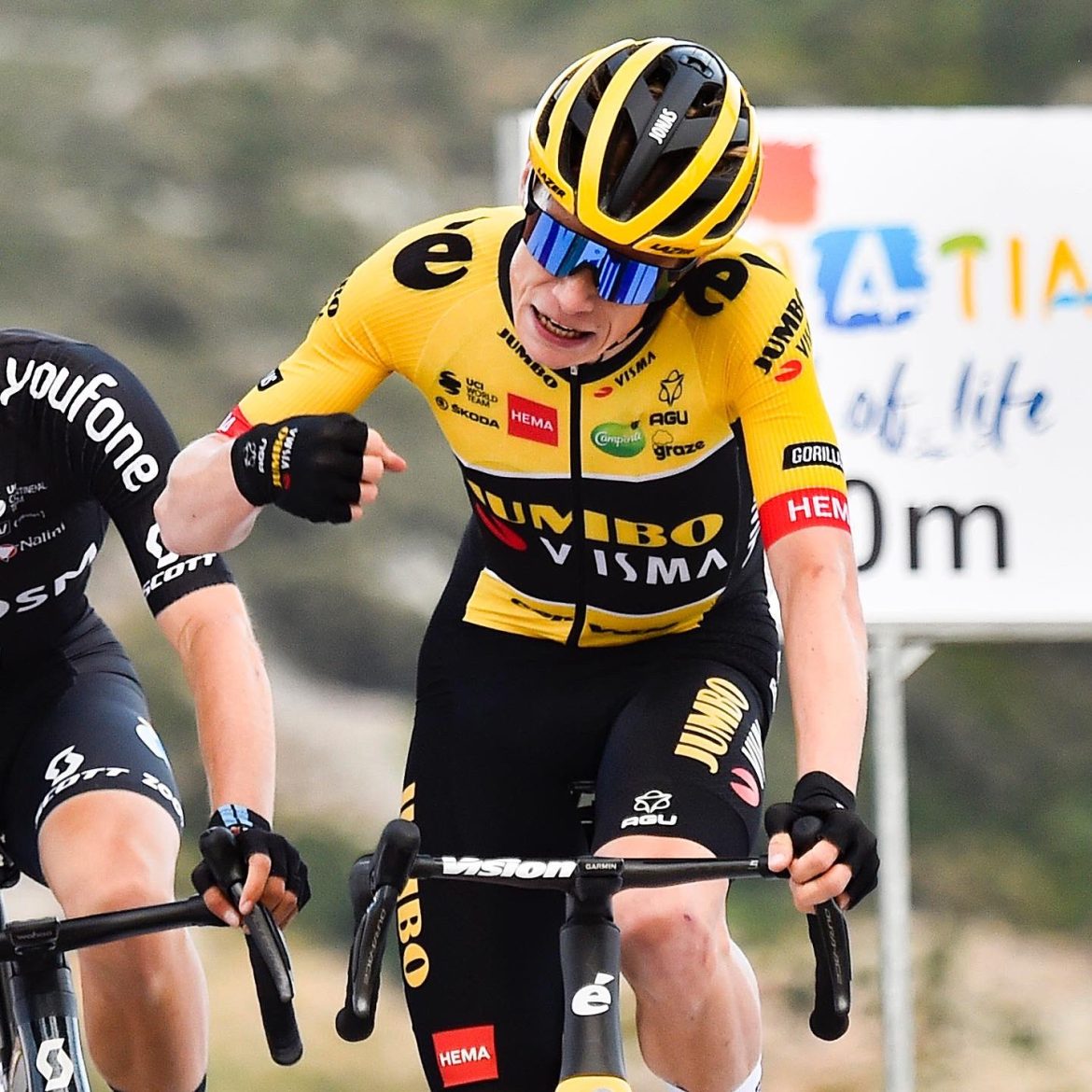 Jonas Vingegaard has won the third stage of the CRO Race. After his teammates had controlled the race the entire day, the Danish Team Jumbo-Visma rider was the best on the challenging last slope in Primosten.

A depleted group led by Team Jumbo-Visma set course for the final climb. It contained some steep and unpaved sections which resembled a goat trail. “The finish was very tricky”, Vingegaard said. “The surface was bumpy, which made it hard to dance on the pedals. That forced me to sit on the saddle to make the jump to the head of the race.”

The Tour winner did not relinquish the leading position and pushed his wheel over the line first. “I am thrilled with this victory. The legs were good. We determined the course of the race as a team. I’m grateful to my teammates for the work they did today. We worked hard for it. We still have a few treacherous stages left, so I’m not too concerned with the final classification yet. But I will do my best to make the most of it. The form is good”, Vingegaard said after his sixth season victory.

In doing so, the 25-year-old Dane felt he has made strides compared to previous racing years. “In previous seasons, I struggled to race at my best level, even in the final part of the season. With this victory, I reaffirm to myself that I am capable of doing so. It gives me confidence for future races”, Vingegaard concluded after securing Team Jumbo-Visma’s 45th season victory.