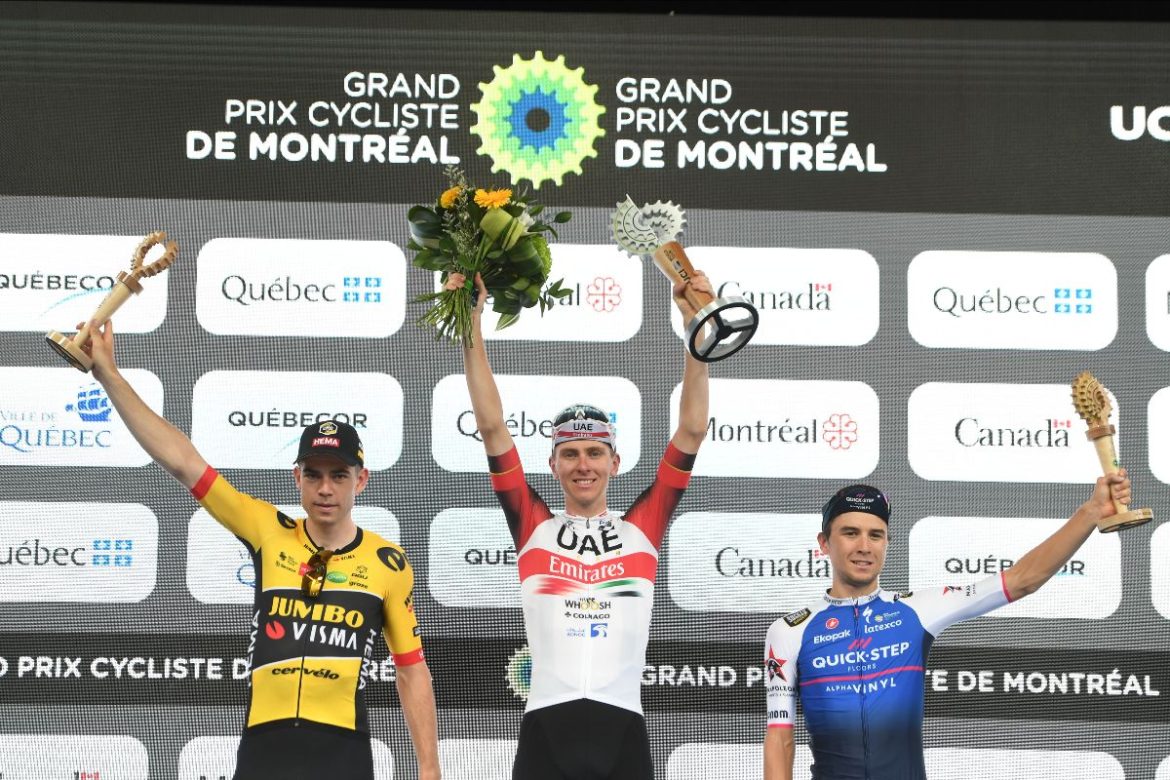 The magnificent day of glory for UAE Team Emirates was completed with the success of Tadej Pogačar in the GP  Montreal.

On the rising final straight, the Slovenian beat Wout Van Aert (Jumbo-Visma) and Andrea Bagioli (QuickStep-Alpha Vinyl) in a five-man sprint, honoring the great work done by his teammates in the last 80 km. of the race, when the jerseys of the Emirati team gathered to the head of the group, keeping the pace high to make the race tough.

The efforts of the men led by DS Simone Pedrazzini paid off in the last of the 18 laps of the Canadian city circuit (221.4 km), when 11 km from the finish, on the Cote Camilien-Houde (2.3 km 6.3%), Pogačar took flight with Wout Van Aert, Andrea Bagioli, Adam Yates (Ineo-Grenadiers) and David Gaudu (Groupama-FDJ).

In the sprint, the UAE Team Emirates captain waited for Gaudu to kick off the sprint to launch his Colnago towards the finish line, overtaking the Frenchman and no longer being threatened by any opponent.

Today’s is the second success in the Montreal GP for UAE Team Emirates, a race won in 2017 by Diego Ulissi.

Pogačar: “It wasn’t just the sprint that was challenging, but the whole race was tough. My team worked very well, we moved perfectly, arriving in the best conditions at the final sprint: I knew that the sprint would be very difficult, especially against a fast opponent like Van Aert, but this final is tough and I had great faith in myself and I managed to win.

It was great to compete on this course , it suits my characteristics, it is one of the most demanding races on the calendar and you need to be in great condition to be competitive.

I crowned the day in the best possible way by seizing the success: this victory is one of the most significant in my palmares, considering how magnificent we raced as a team and taking into account the high level of competition. ”