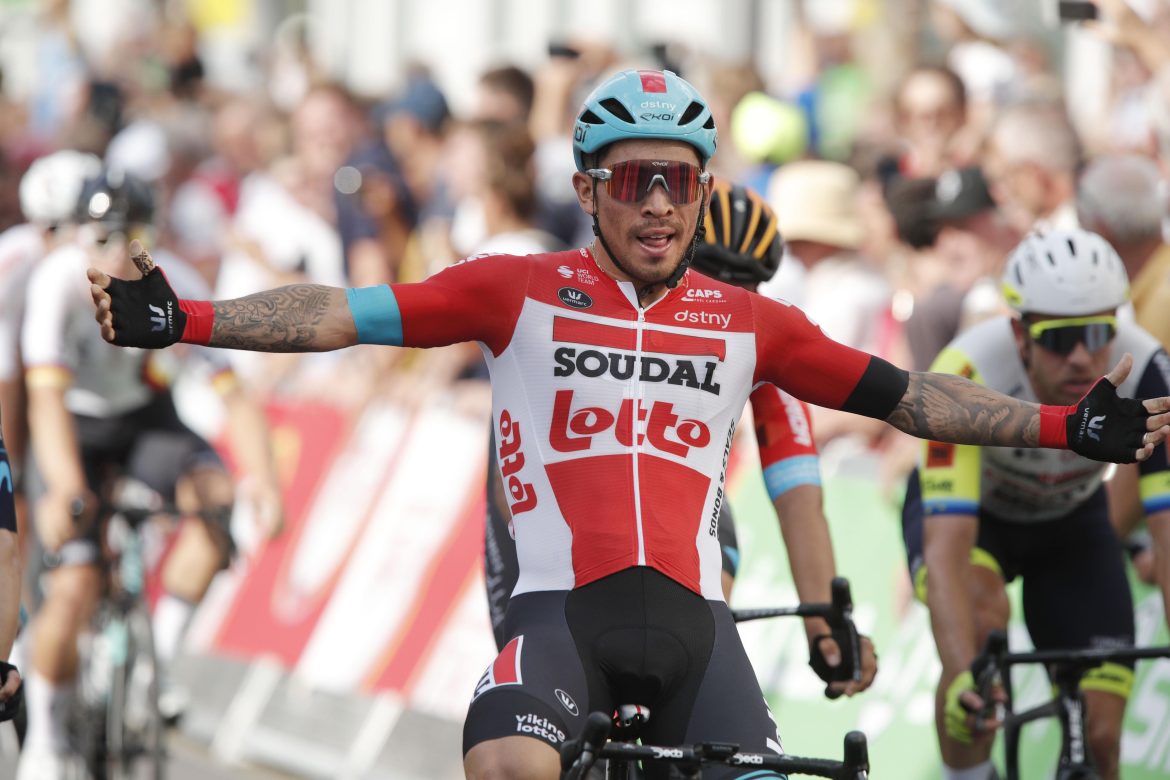 Caleb Ewan has given Lotto Soudal its 25th victory of the season. The Australian was the fastest of a small group that sprinted for victory at the end of the 89th Grand Prix de Fourmies, which was marred by a big crash in the final kilometres. It was Jasper De Buyst who led his teammate Ewan into pole position thanks to an impressive effort at the end. Groenewegen tried to surprise but Caleb Ewan answered with a powerful acceleration to claim his seventh win of the season.

With plenty of top sprinters at the start of the GP Fourmies (1.Pro), the French one-day race was destined to be a battle of the fast guys and so it also happened. After meticulous work from the bunch, the escapees were reeled in during the final kilometres. The sprint preparation was marred by a crash, which took down quite some riders with also Arnaud De Lie hitting the deck. A heavily reduced bunch would sprint for victory and it was Jasper De Buyst who moved Caleb Ewan into perfect position towards the final bend. Ewan reacted to a move of Groenewegen, who started his sprint early, and launched a powerful acceleration to pass the Dutchman on his way to his 7th win of the season.

“We came here with the goal of winning the race and thanks to an impressive team effort, we managed to take the victory. Already early in the race, I told the guys I was on a really good day so we took the race in our hands and were amongst the teams controlling the early breakaway We were forced on the front of the bunch quite early but we always were in control and it’s nice to reward the guys with the team’s 25th victory of the season”, reacts Caleb Ewan.