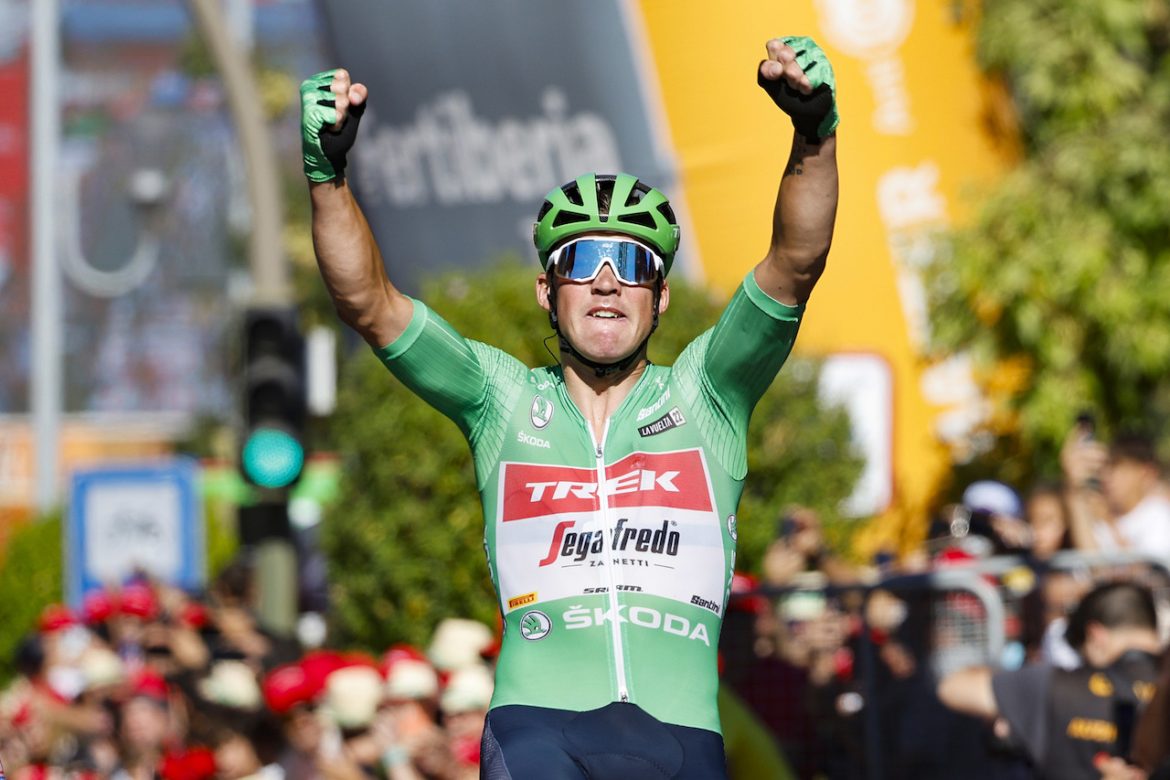 Trek-Segafredo had red-circled this day for some time and came in with high ambitions and a big plan: all hands – or legs in this case – on deck for one goal: a third win.

Mads had already promised his teammates, twice, that if they carry out their job, he will win. And Friday, for an incredible third time, he delivered on it again.

“After a team effort like today it’s really, really nice to give the boys a victory. I think this was, by far, the hardest victory [to get] for the whole team, so it’s a good feeling,” said Pedersen. “I am really thankful for the boys today because without them there was no chance I could sprint at the end.

“Our plan was to let a small break go and control it from the beginning. But it was a pretty strong break and it was not easy to control so the whole team had to be used in the right moments.

“It was definitely hard to control but man the team was so, so impressive. Everyone was so dedicated and working really hard. When the three guys went and one was McNulty it’s not an easy break, so we worked to close them as fast as possible.

“The strategy was to close the gap on the last climb and then hopefully it would be a small peloton. Luckily the boys were able to do that, and then Bahrain did a really good pace on the climb for Fred Wright, and from there on, it was about staying focused all the way to the finish.

“I had Kenny (Elissonde) pulling alone for really long, and Julien and Antonio did a such a good lead-out when you take into account they never do lead-outs. Really, really impressive; they did super in the last kilometer.

“When Miles Scotson attacked I still had Antonio Tiberi in front of me. Antonio looks skinny but he’s a powerful little guy so I was pretty sure that he could keep him within a distance  that I could still pass Miles in the sprint.

“It’s never easy in a finale like this because there are a lot of strong guys in the bunch, and if one of them attacks in the roundabout I would be the one to close it, and then it would be hard to sprint so I was really happy for the speed the boys could keep in the end.

“Three wins is more than we came here for so that of course is super super nice,” said Mads.  “Tomorrow we just have to finish the day and then see in Madrid how it goes, but no matter what I think we can be happy with these three weeks in Spain.”