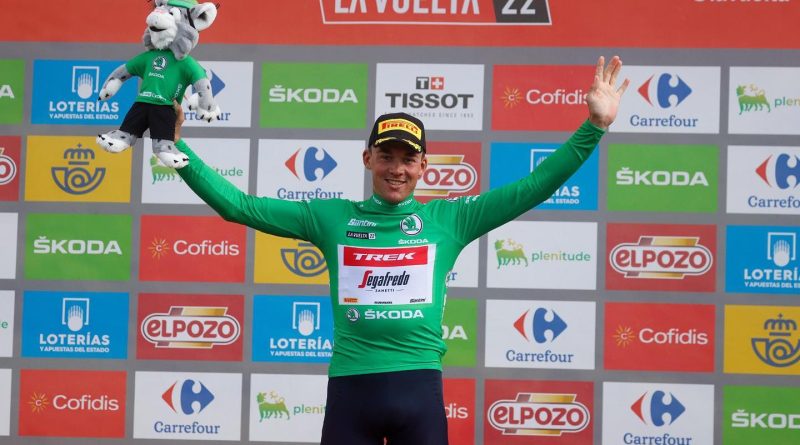 Similar to Stage 13,  Stage 16 was a finish suited perfectly to the red-hot Mads Pedersen, and before the race, he made a promise to his teammate Alex Kirsch.

In the end, Mads delivered the win – but it was not as straightforward as he would have liked!

“I promised Kirsch to win today.  He missed the birth of his daughter yesterday and the whole team worked really hard to give him a second present in a few days, so I had to deliver for Alex. But it was a really tough final. When Primoz went it was really tough to close [the gap]. In the end it was a perfect finale with this little downhill, if we didn’t have it, it definitely would have been harder to win. I am super happy – this win is for Alex and his wife and new baby.”

“I didn’t like this finale at all – it was way too long and hard! Primoz made a good attack and got a good gap with Ackermann. I really had to dig deep to close it, and I was really on the limit when I came back on their wheels.”

“Pascal wanted me in front of him and on Primoz’s wheel, and luckily we had a slight downhill where I could recover a bit. Primoz went all out to gain some seconds which was lucky for me that he wanted to go that hard all the way to the finish, so I could basically start my sprint with 220 meters to go, I think, just after the roundabout.”

“It’s a pity that Roglic crashed. There were so many spectators making noise that I didn’t hear the crash; I was only focused on sprinting, and I only found out afterward. He hasn’t been lucky this year and I hope it is not too bad so that he can keep fighting for the victory of the Vuelta. It’s a pity stuff like this happens, I don’t know what happened, it was close to the finish line, and I feel really sorry for him.”