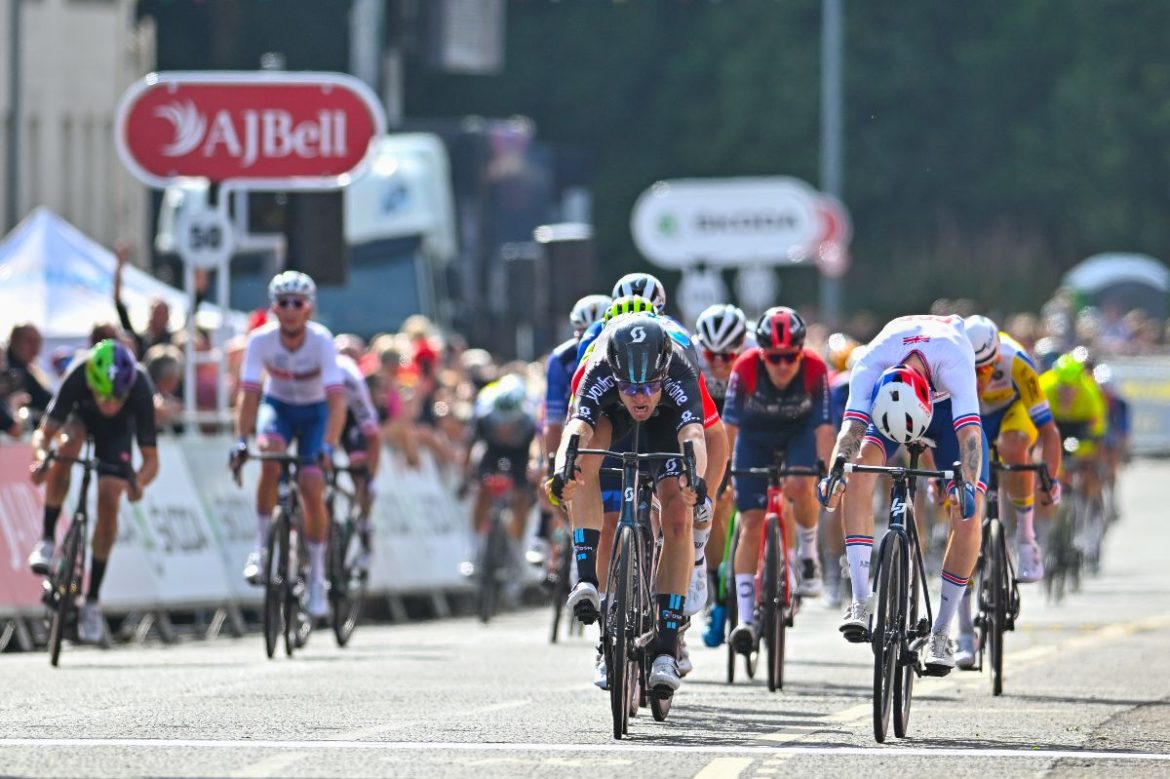 The rolling hills of the Scottish Borders saw a hotly contested reduced sprint at the Tour of Britain this afternoon where Team DSM worked brilliantly together to set up Cees Bol for the finale; with the Dutchman powering to a sprint victory, taking the win by the smaller of margins.

A steady day of racing over the notoriously grippy Scottish roads saw the peloton catch the breakaway ahead of the three categorised climbs in the closing 30 kilometres. Riding well as a unit, the team looked after each other and kept hidden in the bunch; especially as they turned into a headwind after the first climb. The headwind wouldn’t deter all the potential attackers and going over the final ascent, Team DSM sprung into action to close down a dangerous and strong group. Peeling off one-by-one on the fast run home, the team delivered a superb lead out to bring Bol forward and hold him in a good position before he then followed the wheels in the closing 300 metres. Powering out of the slipstream, Bol stamped on the pedals and threw his bike to the line. Not immediately knowing if he had won, a nervous few minutes awaited before the team erupted in celebrations; taking a brilliant win in Duns.