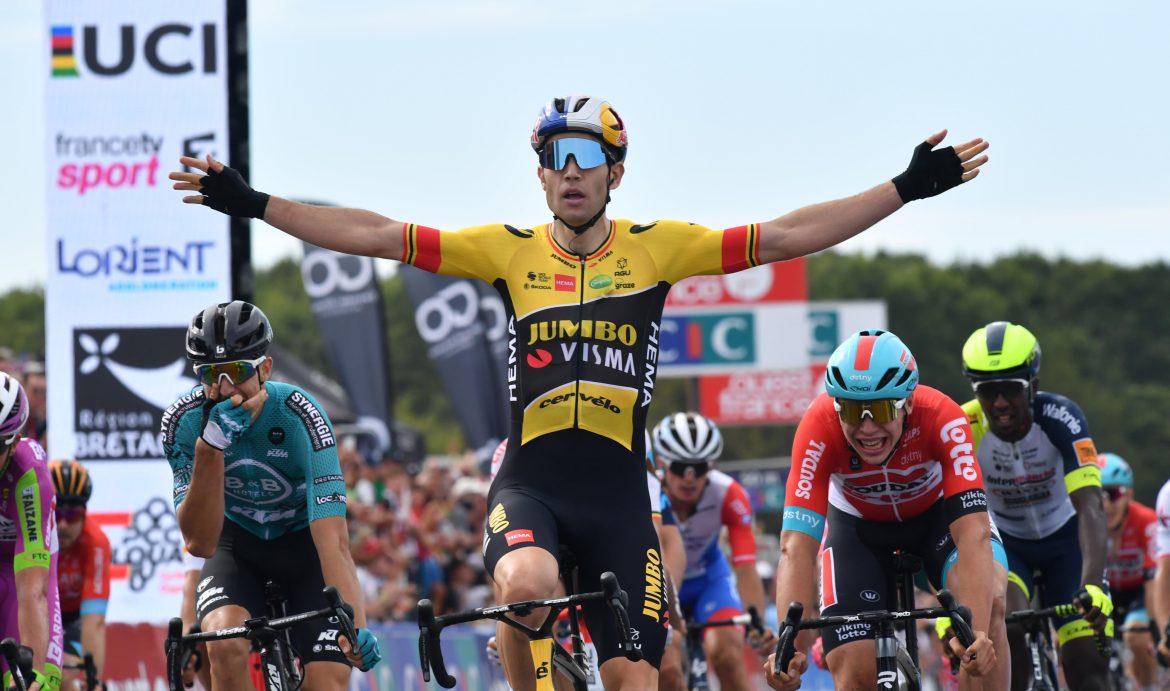 Wout van Aert has won the Bretagne Classic. In a captivating final, the 27-year-old Belgian was the strongest in the sprint of a reduced group. Van Aert’s victory brings Team Jumbo-Visma’s season tally to 42.

Six riders broke away immediately after the start. On behalf of Team Jumbo-Visma, David Dekker and Koen Bouwman controlled the tempo in the peloton and kept the gap within limits. However, ten riders joined the six-rider group. The leaders hung on for a long time, but Team Jumbo-Visma maintained control. In the hilly area, Van Aert attempted to cross over to the breakaway group. Initially unsuccessful, the Belgian ultimately closed the gap with several riders over the last local lap in Plouay.

After that, a reduced group had to sprint for the win. At first, Van Aert seemed to be boxed in, but the Team Jumbo-Visma rider could maneuver through the group and, in an extended power sprint, beat Axel Laurance and Alexander Kamp. Van Aert won for the ninth time this season.

“It was a tough day for our team”, Van Aert said. “Although racing was challenging since other teams alternated attacks, I felt good in the final. In the sprint, we went into the last hundreds of metres at high speed, but I was in a bad position. I had to regain a few places and, thanks to the others’ speed, I could take the lead. I am thrilled with this victory. After the Tour de France, I took the time to recover. With a few important weeks ahead, it’s nice that the form is slowly coming back.”