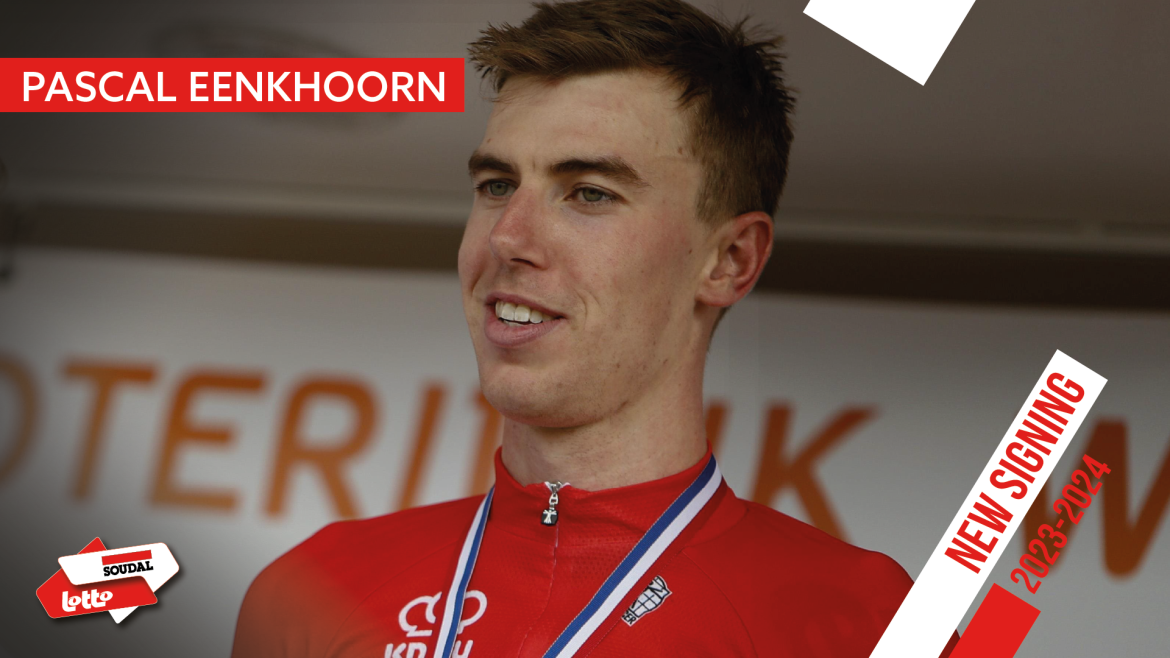 Pascal Eenkhoorn will ride for Lotto Dstny from 2023 on. The reigning Dutch road race champion has signed a two-year contract. He will get a more free role at the Belgian WorldTour team in both Classics and Grand Tours. “My biggest motivation is to win races. I want to get the maximum out of my career.”

In June, Pascal Eenkhoorn rode to victory in the Dutch road race championship. His red-white-blue jersey will be adorned with the logos of Lotto and Dstny from 2023 on. “This is a team with a beautiful history and future”, comments Pascal Eenkhoorn. “I have had a lot of talks with everyone at the team: about the performance department, the style of racing and the division of roles. At this team I can chase my own ambitions and will receive more freedom during races. The style of racing, with this young and talented group appeals to me. I have a very good feeling about this move.”

According to the Dutch champion, who has also won the Heistse Pijl, two stages in the Settimana Internazionale Coppi e Bartali and a stage in the Colorado Classic, it was time to switch lanes. “I have been a pro for 5 years now and have learned a lot at my current team. Some of those things I can take with me to Lotto Dstny. But I have a need for more freedom in races. Now is the time where I can still make the decision to change and follow my own ambitions.”

More specifically, Pascal Eenkhoorn aims for success in the spring Classics and a stage victory in a Grand Tour. “My biggest motivation is to win races. I want to get the maximum out of my career. The team has had its share of bad luck this year, but has always continued to race very offensively and was always fighting for victory. The atmosphere seems very good and I am convinced that I will fit in well with this group.”