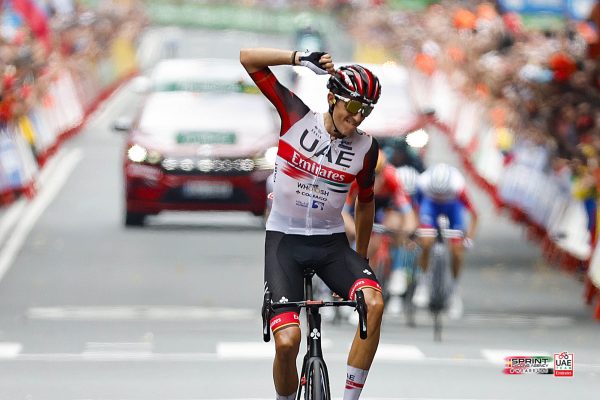 It was a day to remember for Marc Soler, who conquers the fifth stage of the Vuelta a Espana after 187.2 km from Irún to Bilbao.

The Catalan was not among the first riders to go on the attack, closing a gap of 1’45” solo, and marking himself as one of the strongest riders on the climbs.

Of the 18 men in the break, they slowly dropped one by one over the last 30km , before Soler made his move on the second ascent of El Vivero climb.

Soler, at first in difficulty just a few kilometers from the second brow of the Alto del Vivero, regained his strength and overtook all his rivals, reaching the GPM first with about ten seconds of advantage.

In the descent, the Spanish rider did not extend his margin, but he still managed to maintain a minimum advantage over the men in pursuit, thus being able to cross the finish line first and raise his hands to the sky.

Soler: “There was a great battle to go on the break, initially I didn’t succeed. Matxin told me that on the uphill I would have the chance to get up to the leaders, I did it and in the final I went for the win , I’m very happy.