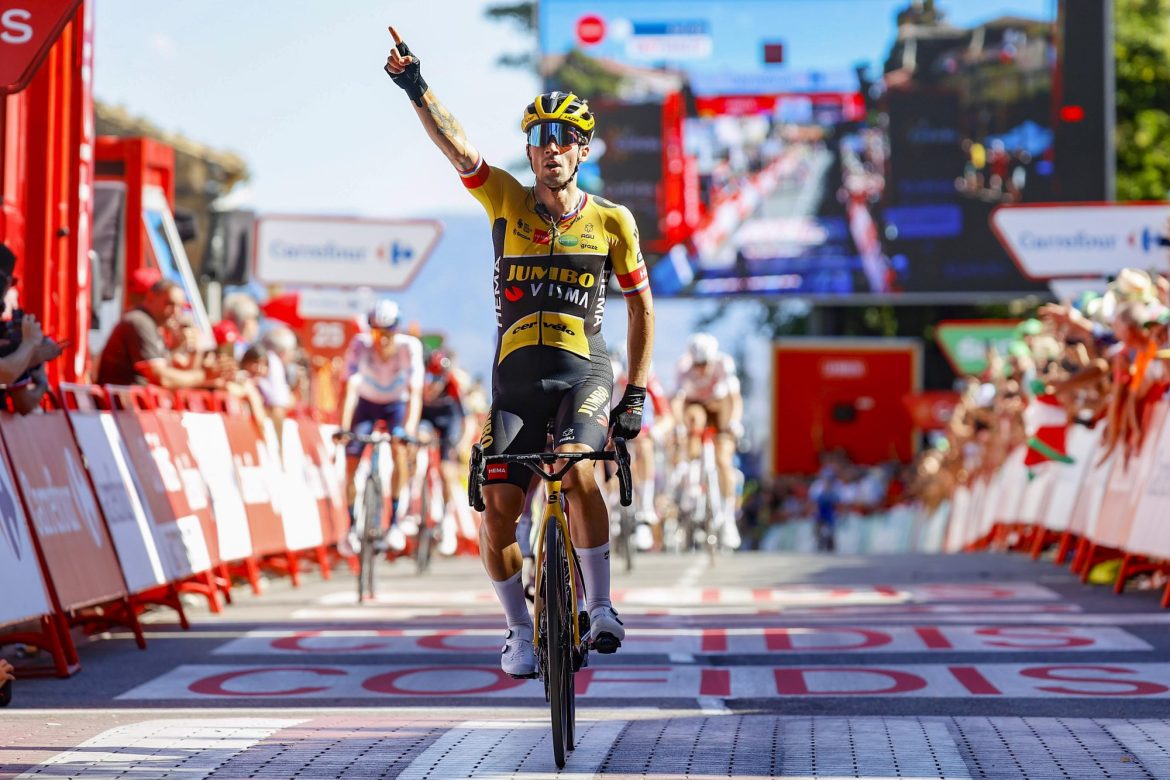 Primoz Roglic has won the fourth stage of the Vuelta a España in a convincing way. On the steep final climb, the Slovenian outsprinted the competition and clinched his tenth Tour of Spain stage victory. Roglic also took over the leader’s jersey from teammate Edoardo Affini.

The 32-year-old Slovenian is now the fourth Team Jumbo-Visma rider to hold the red leader’s jersey in as many stages in this Vuelta. “A dream scenario for the team”, Roglic said a few minutes after his victory. “Today, things were in my favour. The team has my sincere gratitude for that. Everyone has worked hard. The stage win is the finest way to reward that.”

Roglic looked sharp throughout the stage and left nothing to chance. He took ten bonification seconds on the finish line and in addition, he also took three extra seconds along the way, increasing his advantage. “The Vuelta has only just begun, but I think it’s better to gain seconds now than to ignore them deliberately. I am thrilled with this victory. The entire day the pace was very high. In the final phase, I took my chance to fight for the stage win. Fortunately, I was successful”, Roglic concluded.

“It’s nice that I have this jersey now, but the big goal remains to get on the highest podium step in Madrid”, the new classification leader said. “The atmosphere around the team is very positive. It started with the team time trial victory. We have had some great days. So far, everything is going crescendo.”

His Tour crash no longer has an impact on him. “I have recovered completely. It doesn’t bother me anymore.”