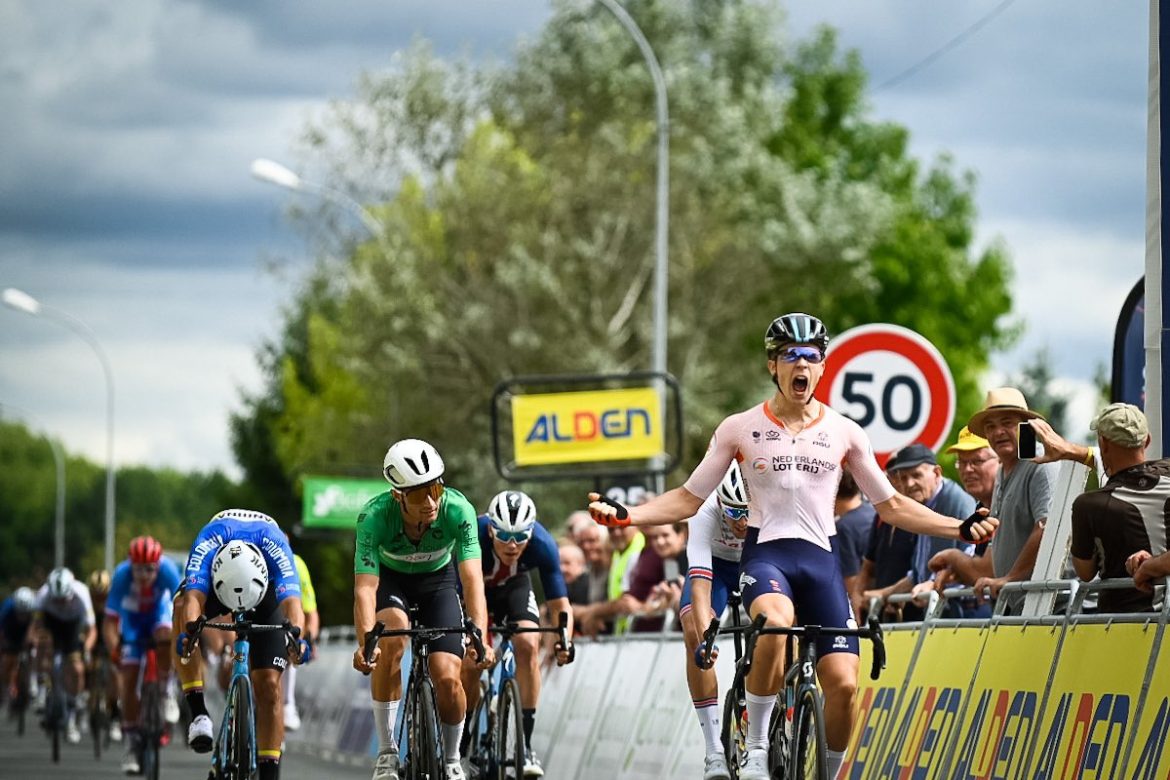 Riding for the Dutch national selection, Team DSM’s Casper van Uden powered to the sprint win on the second stage of racing at the Tour de l’Avenir this afternoon; delivering a brilliant turn of speed.

After disappointment yesterday, Van Uden and his Dutch teammates including Development Team DSM’s Enzo Leijnse bounced back with full-focus on going for the win today. Leijnse did an incredible job throughout the day to control and reel in the breakaway, before fellow Development program rider Lorenzo Milesi (riding for Italy) threw the proverbial cat among the pigeons with a strong late attack. A fierce chase from the bunch saw Milesi caught with two kilometres to go, with the Dutch train in full flight. Fighting for position, Van Uden launched his strong sprint early; fending off the competitors before sitting up to celebrate a brilliant win.