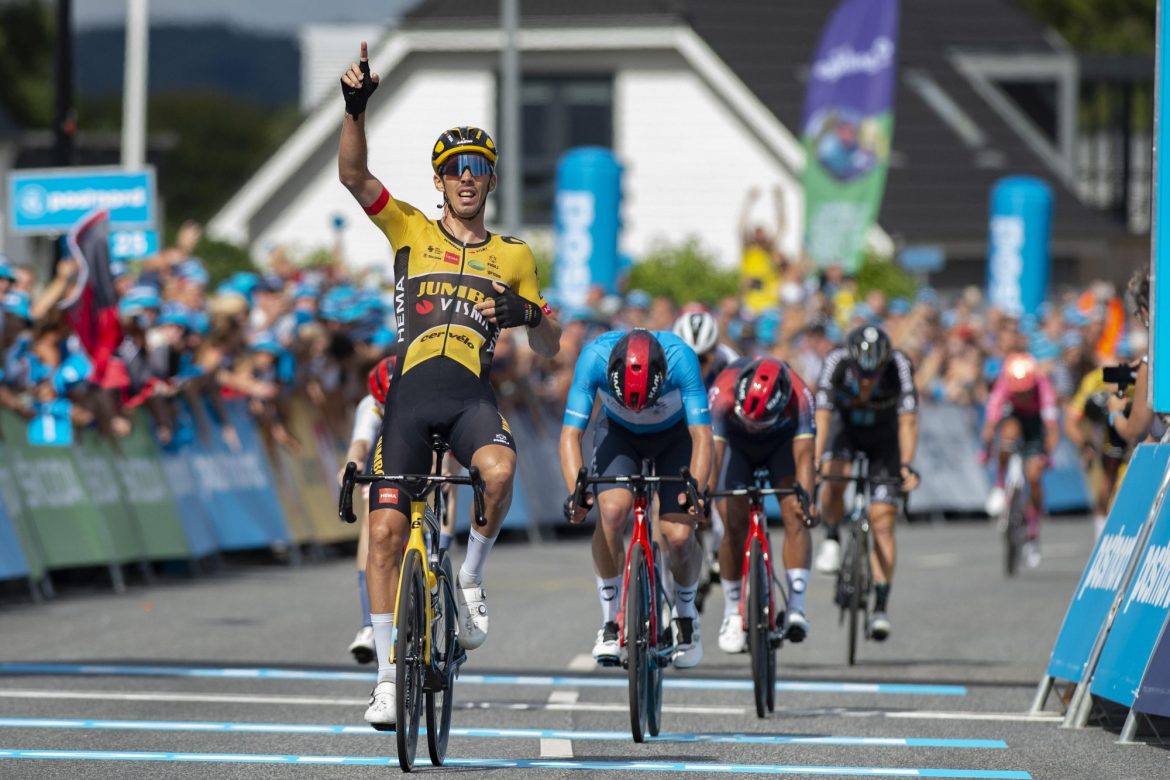 Christophe Laporte has won the Tour of Denmark in style. In the challenging final stage to Vejle, the 29-year-old Frenchman defeated Magnus Sheffield in a sprint duel for the stage and overall victory. Laporte’s double brings Team Jumbo-Visma’s tally to forty victories this season.

Laporte was well placed at the front during the pin-pricks in the stage’s opening phase. A leading group with Olav Kooij was caught in the finale.

The Frenchman’s teammates brought him to the final climb. In the final metres, Sheffield passed Laporte, but the Team Jumbo-Visma rider made a last effort and was able to add the stage, the final classification and the points classification to his palmares.

“This was a great day for us”, a happy Laporte said. “Olav was in the front and that was perfect. After the chase I was left in a good position. The team was fantastic. There was a steep climb before the finish, but I was confident I could win. I will enjoy this now and tomorrow we will go for it again in Hamburg.”

Sports director Marc Reef was proud of his team. “What a fantastic way to conclude the week. Olav being in the breakaway was a golden move. It allowed the rest of the team to take it easy. The other teams had to control the race and we did not have to do too much until the final climb. Christophe was well positioned, countered the attacks and was able to win the sprint. Christophe and the rest of the team were very strong.”

Earlier this season, Laporte won a stage in Paris-Nice and a stage in the Tour de France.