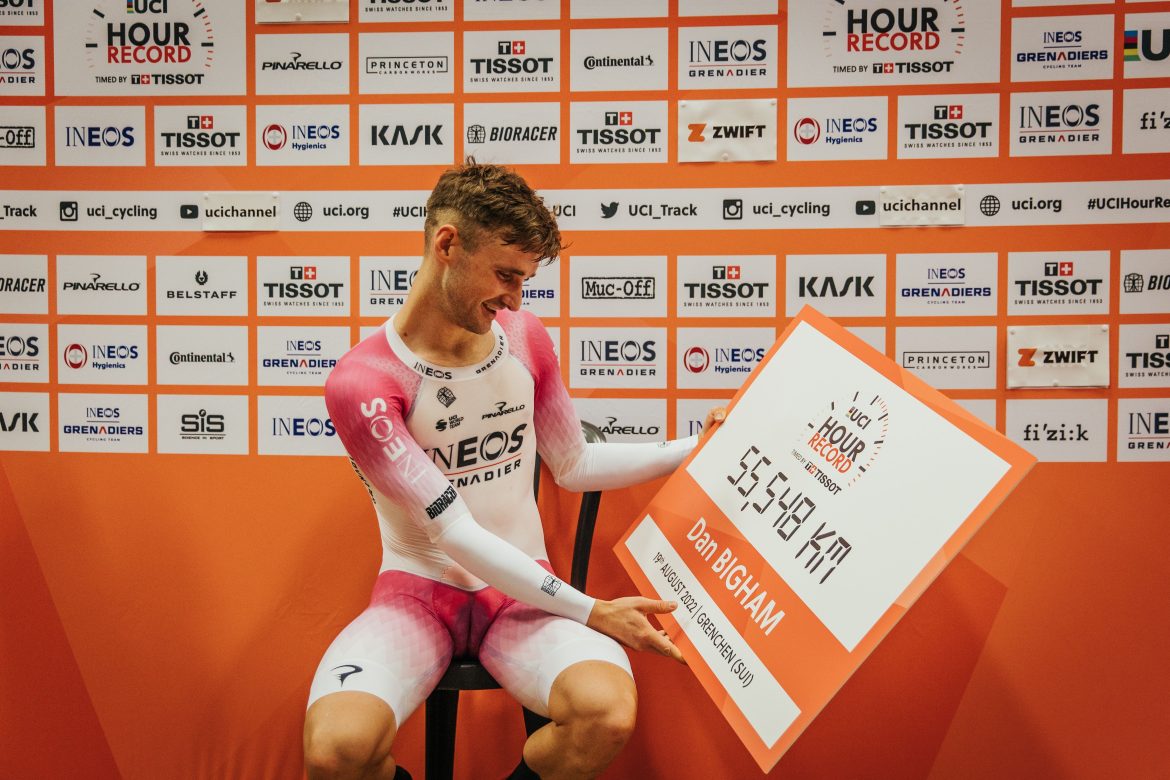 The Union Cycliste Internationale (UCI) is pleased to announce that Daniel (Dan) Bigham today broke the UCI Hour Record timed by Tissot, by covering a distance of 55.548 km in 60 minutes at the Tissot Velodrome in Grenchen, Switzerland.

This exceptional performance enables the British athlete to take the record from Belgium’s Victor Campenaerts, who covered 55.089 km on 16 April 2019 in Aguascalientes (Mexico).

He explained: “I was a bit ahead of split the first half, but I actually felt really good. I got to halfway and I basically had to keep riding 16.0 (per lap) for the second half which was quite daunting because I’ve never ridden 16s for half an hour before.

“I guess you’ve never got it until you’ve ridden the laps. That’s the scary thing. You’re on pace but you still have to cover the distance. I had a bit of a wobbly in my head just after the halfway mark, like ‘how am I going to ride 16s for the next half hour?’