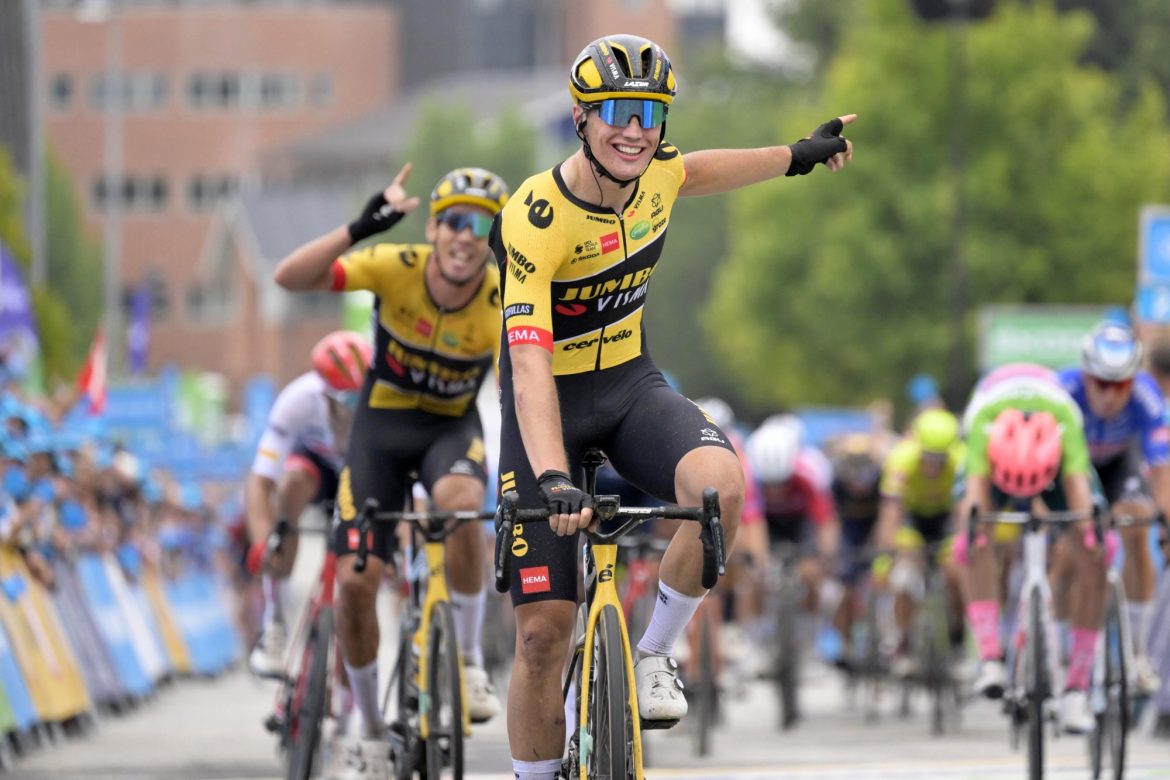 Olav Kooij has taken his second stage win in the Tour of Denmark. The young sprinter proved the fastest after Christophe Laporte had brought him to the finish in a comfortable position. The Frenchman finished second and moved up to second place in the general classification.

The stage from Otterup to Herning was the race’s longest stage. The riders encountered seven gravel sections, but these did not cause breaks in the peloton. After the peloton had caught the last remaining escapee at three kilometres from the finish line, Team Jumbo-Visma brought Kooij to the front.

Laporte, who finished third in Wednesday’s time trial, took control in the final kilometre and increased the pace so much that only Kooij could follow him. The young sprinter had no trouble finishing it off and took his eleventh victory of the season. “This was pretty close to the dream scenario”, Kooij said.

“Especially Pascal Eenkhoorn and Tosh Van der Sande did a great job catching the breakaway. In the final, I followed Christophe, who had made it clear beforehand that we had to go through the last corner first. When we came through the corner first and second, I knew there was a good chance we would make it. The fact that Christophe took some bonification seconds as well is super.”

According to Kooij, it was not a foregone conclusion that the stage would end in a bunch sprint. “We knew we had to survive the gravel sections to have any chance. They were quite far from the finish line and weren’t difficult enough to tear the peloton apart. After we had assessed the situation, we decided I would do the sprint. It’s great to finish it off.”