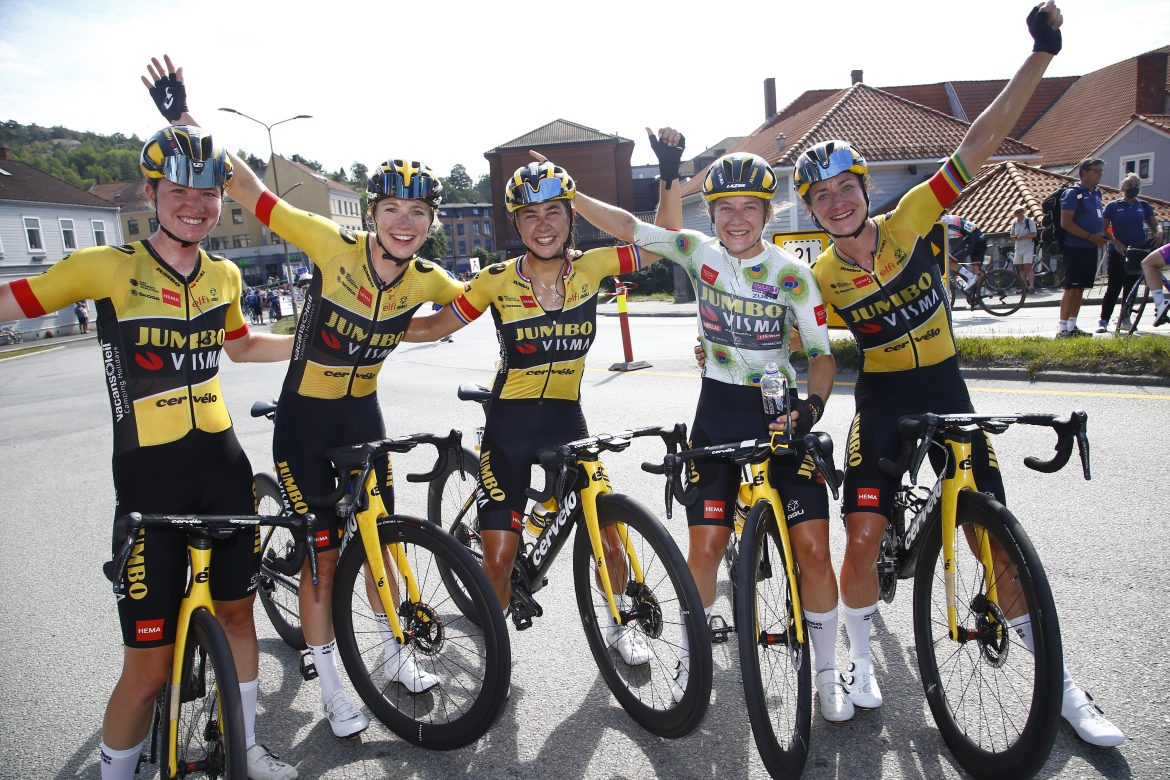 Marianne Vos has also won the final stage of the Tour of Scandinavia. The rider of Team Jumbo-Visma won the sprint of a depleted peloton. For Vos it was her fourth stage victory in the Scandinavian race.

In the last stage, the Team Jumbo-Visma riders showed themselves again. The Dutch squad had a clear battle plan. “We left the race a bit more open today”, race coach Carmen Small said. “This way, we could let other teams do the work. We controlled the race’s last part and reeled in the leading group. In the final, we wanted to ride offensively to avoid having to ride defensively.”

Small’s plan worked out. In the final, Anouska Koster escaped and got a nice lead. It led to an exciting last kilometre in which Vos was perfectly positioned and ready to sprint. “It is difficult to determine when to start the sprint. I tried to position myself well. Because Anouska was ahead, the rest had to go full speed, an ideal situation for me. We developed a lot of speed. The others knew we would pass them and that they would have to sprint”, Vos said about her last kilometre.

Vos and Team Jumbo-Visma had a very successful week in Scandinavia. Today’s victory brings Vos’s season tally to eight wins. The riders of Team Jumbo-Visma have now won twelve times in 2022. “That’s beyond our expectations. We wanted to win the mountain jersey here. We immediately succeeded in winning a stage, so that was very nice. Then we won three more stages. We could have never imagined that”, Vos said.

The multiple stage winner praised the team spirit. “Our way of racing was an excellent experience. We constantly motivated each other to give our all and fought with everything we got every day. The spirit was good. We learned something every day.”