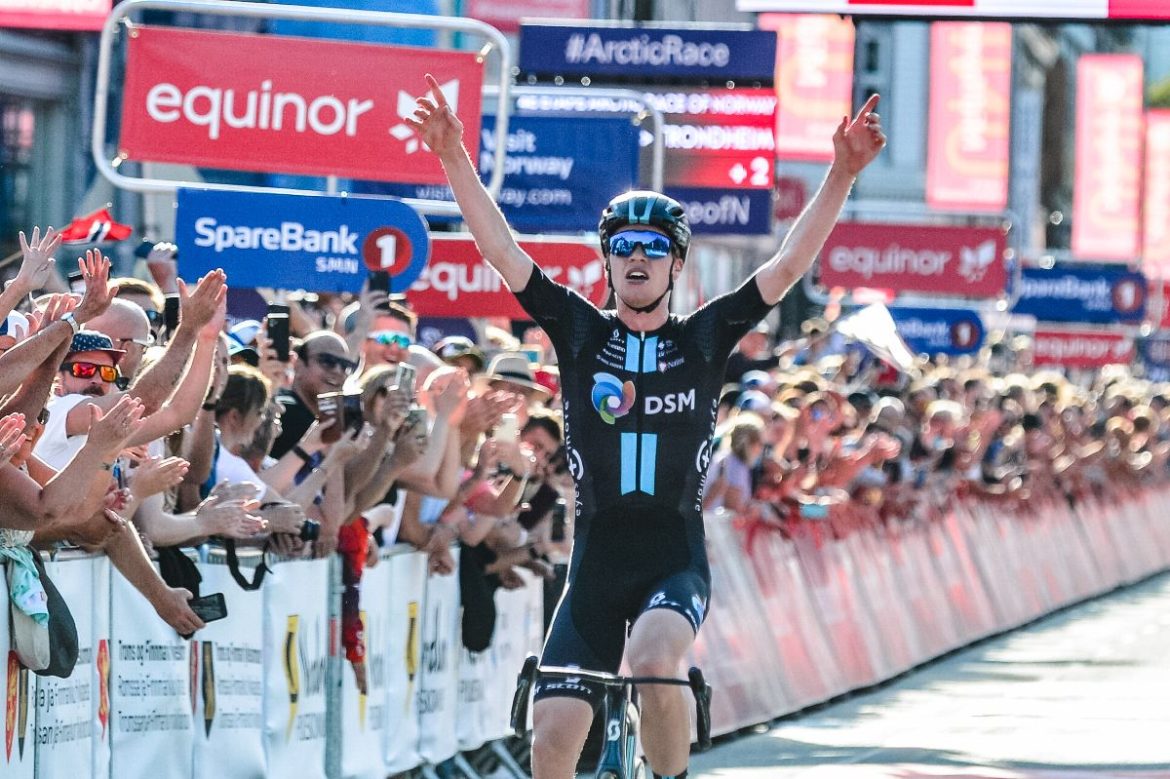 A deceptively hard day in the saddle and a parcours that begged to be attacked, Andreas Leknessund and Team DSM put on a masterclass of tactical cycling to win the final stage and overall title at Arctic Race of Norway today.

After a relentless opening 60 kilometres of action, Leknessund made it into the break of the day. As he was a GC threat the gap didn’t grow out further than two minutes but that didn’t deter the young Norwegian; as he forged on solo as the race hit the finish circuit. As attacks peppered the peloton behind, Leknessund rode at his own solid tempo while the rest of the team expertly marked out the counter moves with Max Poole climbing superbly to police the chasing group of six. Cresting the summit of the climb for the final time, it was a time trial home where Leknessund put the power down all the way to the line – not celebrating until he crossed the finish, but immediately raising his aloft in jubilation. A nervous few minutes wait followed before official confirmation of the GC title and a smile from ear to ear beamed across Leknessund and the whole team’s face.