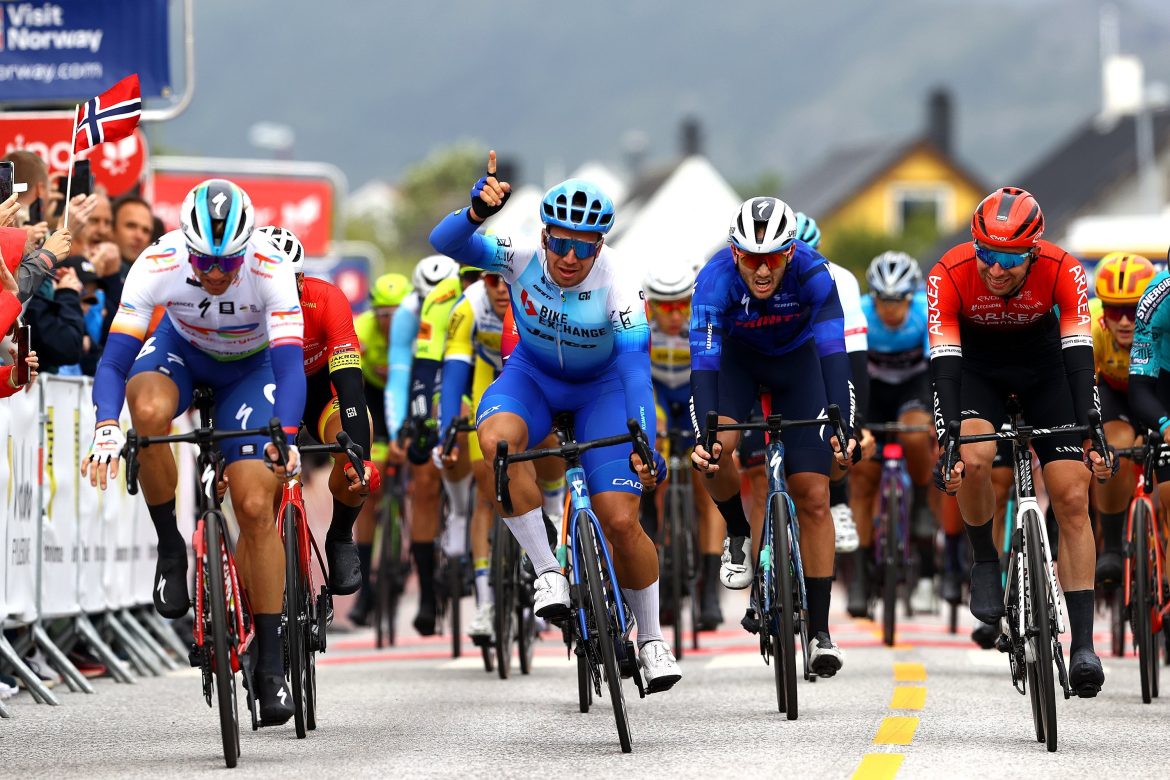 Dutch sprinter Dylan Groenewegen has stormed to his seventh win of the season for Team BikeExchange-Jayco in emphatic fashion on stage two of the Arctic Race of Norway.

The 29-year-old demonstrated his rapid turn of speed once again to power away from his rivals and claim the victory in Brønnøysund after an impressive team performance.

Team BikeExchange-Jayco assumed control of the race as soon as a five-rider breakaway was formed in the early kilometres of the stage, with Norwegian Amund Grøndahl Jansen and Italian Alexander Konychev taking up their position at the head of the bunch, with the duo keeping the time gap in check throughout the day.

With stage two the only real opportunity for the pure fast men, the squad made sure the 154km stage came down to a bunch sprint, despite a series of attacks as the breakaway was swept up with 12km to go.

There was a scare for Groenewegen when he had to take to the grass inside the final 3km, but the Dutchman recovered well as Dion Smith guided him back to the front ahead of the final kilometre. Once in position, Groenewegen made no mistake as he launched his sprint early and held off the pack to take the victory in style.