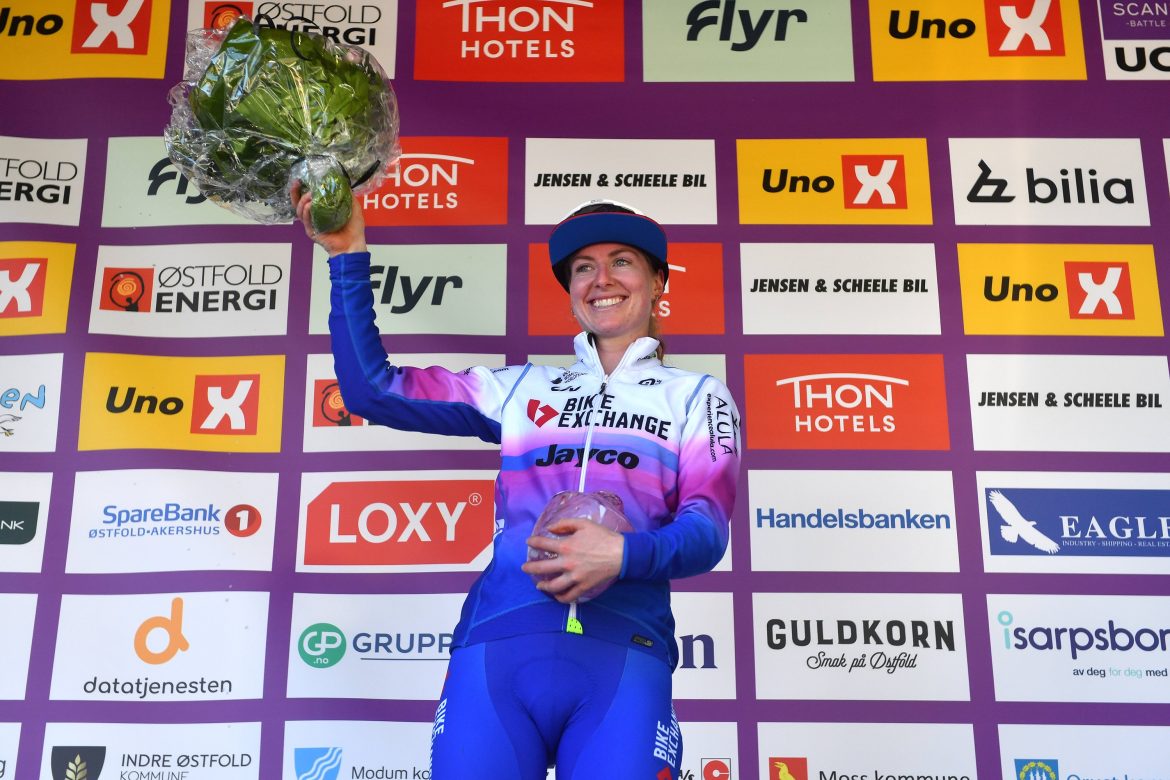 Australian all-rounder Alex Manly powered to her first ever WorldTour victory in a thrilling finale to stage four of the Tour of Scandinavia, edging out experienced sprinter Chloe Hosking to take the phenomenal win.

It was a relentless day of racing as a barrage of attacks were launched throughout the 119km stage, with moves coming and going throughout the final 50km. Team BikeExchange-Jayco were never far from the action and were either closing down or joining the endless attacks off the front of the strung-out peloton.

Despite a number of riders briefly going clear, it wasn’t until the final 10km when Manly made her move as she jumped across to lone leader Alice Barnes. The pair worked well together to open up a gap and hold a steady advantage, but with 5km to go the move looked to be doomed as the bunch closed in.

However, a lull in the chase allowed four riders to bridge across to Manly and Barnes, with the new additions adding more firepower to the break and boosting their chances of survival.

As the race passed under the one kilometre to go banner the peloton were within touching distance and sensing the pack rapidly closing in, Manly launched her sprint with 250 metres to go. The rider from Adelaide surged clear, before kicking again to take a narrow victory, her sixth win of the season, as the bunch made the catch on the line.

The win catapults Manly up the general classification to second place overall with two stages remaining.