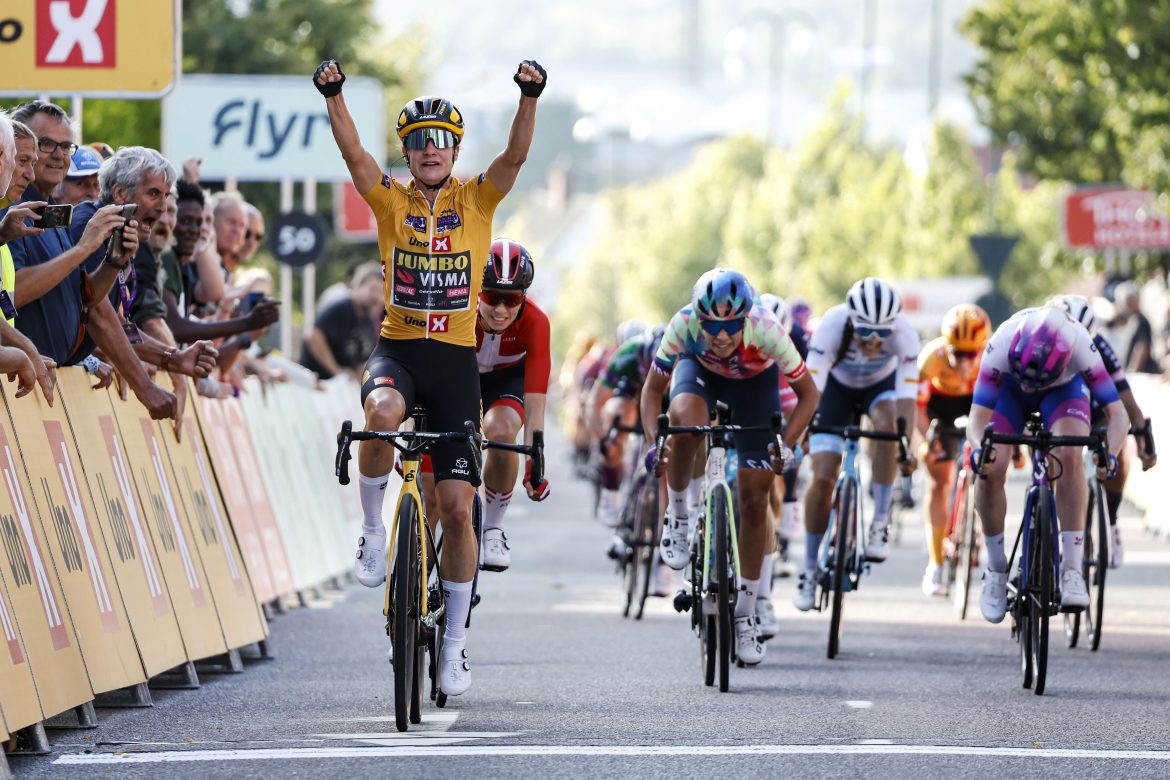 Marianne Vos has won her third consecutive stage victory in the Tour of Scandinavia. The rider of Team Jumbo-Visma showed once again that she had the fastest legs.

After the two escapees were caught at 35 kilometres from the finish line, it rained attacks from the peloton. Anouska Koster and Vos, among others, were constantly in the front on behalf of Team Jumbo-Visma. Koster created a gap in the final, but the peloton caught her shortly afterwards.

Vos, who had won the first two stages in a bunch sprint, knew she had to get ready for yet another bunch sprint. With five hundred metres to go, she seemed trapped, but with a strong acceleration, she could wriggle out of the fray.

Cecile Uttrup Ludwig went first in the sprint, and Vos waited patiently. She followed the Danish rider well and made the difference in the last few metres. The victory was Vos’s seventh season victory and the eleventh for her team Team Jumbo-Visma.

“This is very special. Winning three times in a row is something you don’t see very often”, Vos said. “It was a pretty tough race with a lot of attacks. I tried to stay in front and be alert all the time. During the last few kilometres it was important to be well-placed for the sprint. I got through the last corner well, but then I got boxed in. I had to make a small sprint to get back in position and then I ended up in Cecile’s wheel. It proved the right wheel.”

Despite the hard effort in the final, Vos felt strong enough to sprint. “I felt I could still sprint, although you never know how explosive the others are. It was a tough race and everyone had sore legs. I had to go deep, but it’s very satisfying when it finally comes together like that.”