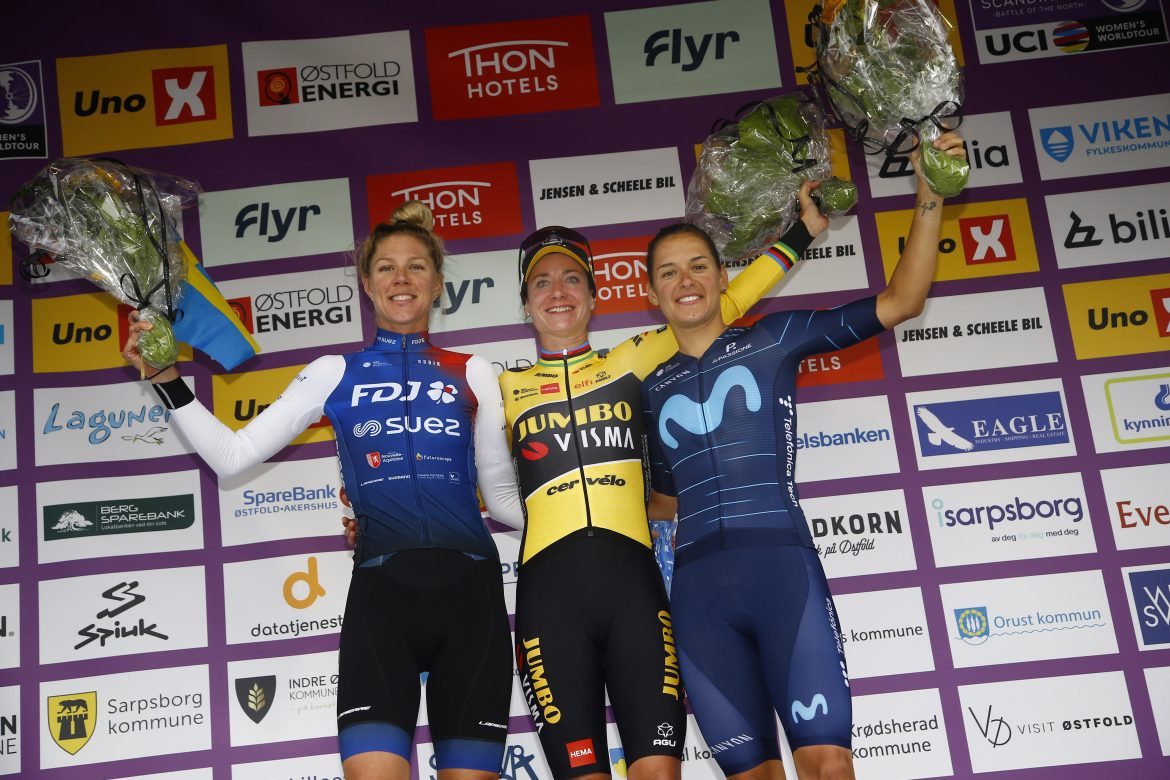 Marianne Vos has won the second stage of the Tour of Scandinavia. The rider of Team Jumbo-Visma closed a gap in the final kilometre and narrowly beat Emilia Fahlin in the sprint.

With Vos in the leader jersey and Amber Kraak in the mountain jersey, the peloton set off from Orust for a 154km stage to Strömstad. On the only two categorised climbs, Kraak took the maximum points thanks to outstanding work by her teammates and extended her lead in the mountain classification.

There was no other spectacle, although the final did provide some nervous moments. After a crash in the final kilometre, several riders created a gap with the rest of the peloton. However, Vos managed to close the gap and got in the wheel of the Swedish Fahlin, who started the sprint early. With fifty metres to go, Vos came alongside. Thanks to a mighty jump, she narrowly beat her competitor and took her sixth season victory. For Team Jumbo-Visma, it meant the tenth victory of the road season.

“It was close today, but I’m happy I was able to take the win”, Vos said. She spoke of a difficult finish. “We entered the town with a lot of speed and because of the many turns, it was quite technical. The ladies of Trek-Segafredo made a good attempt in the last kilometre by escaping just before the turn. They created a gap and I was hesitant to close it, as I knew it would be difficult. I decided to give it a go and it turned out to be the right choice. It’s very nice to win for the second consecutive time.”