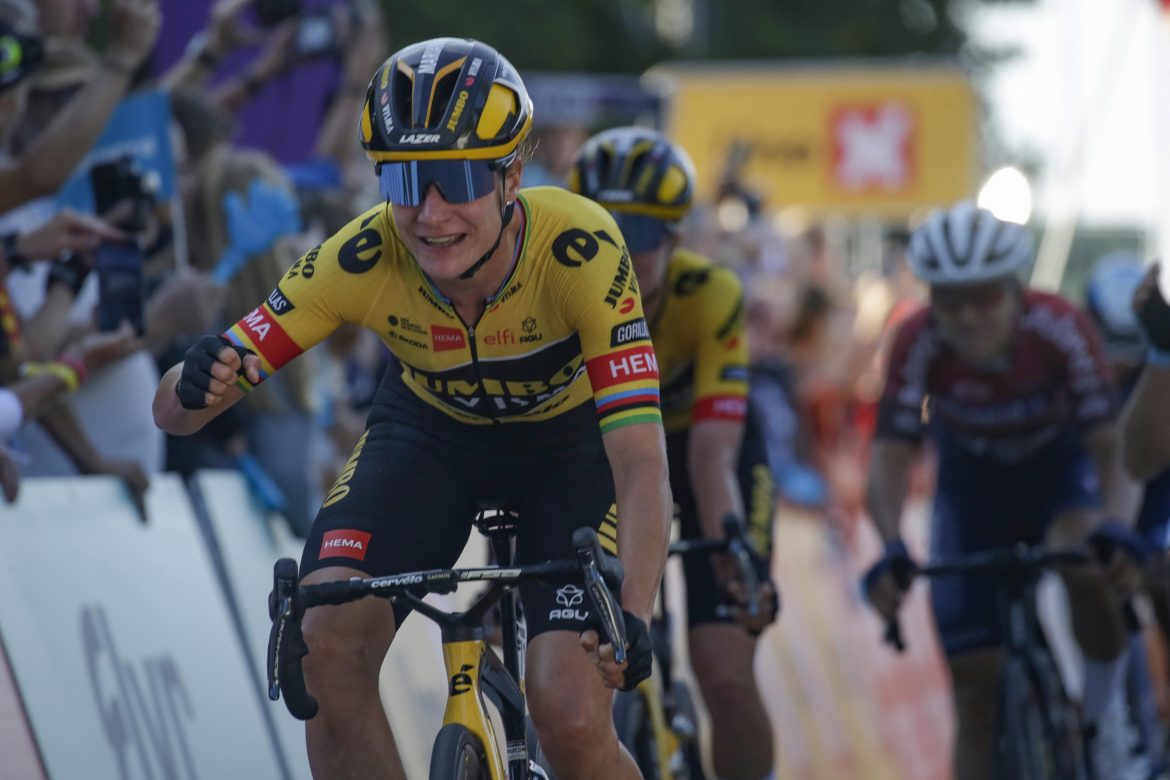 Marianne Vos has won the first stage of the Tour of Scandinavia. In the streets of Elsinore the rider of Team Jumbo-Visma was in a class of her own and stayed ahead of her competitors in the bunch sprint. Because of this victory, Vos will start tomorrow in the leader’s jersey.

On the only two categorised climbs of the day, Amber Kraak collected the most points. As a result, the Team Jumbo-Visma rider will start in the mountain jersey tomorrow.

In the final kilometres, Vos was well placed by her teammates, after which she ended up behind the Trek-Segafredo train. At about two hundred metres from the finish line Vos found a gap and showed she was the fastest sprinter in the field. For Vos, who was stripped of victory last Sunday after being disqualified in Vårgårda WestSweden, it was her fifth victory on the road this season and her team’s ninth.

“I am thrilled with this start”, Vos said. “It was a nervous final because everyone wanted to be at the front. As a team we tried to stay together and Linda did a perfect lead-out at the end. She brought me in the wheel of the Trek ladies, after which I launched the sprint at two hundred meters from the finish. I saw an opening on the right and dived into the gap. It was difficult to create more speed, but fortunately I could hold on until the finish line.”

Vos enjoyed the start in Copenhagen but found the course over various terrains quite challenging. “The road kept twisting and turning. I was a little worried at the end, but the only thing you can do at a time like this is to stay calm and hope for the best. Luckily I had Linda with me and she stayed calm too. Now I’m going to rest well to be ready for tomorrow.”