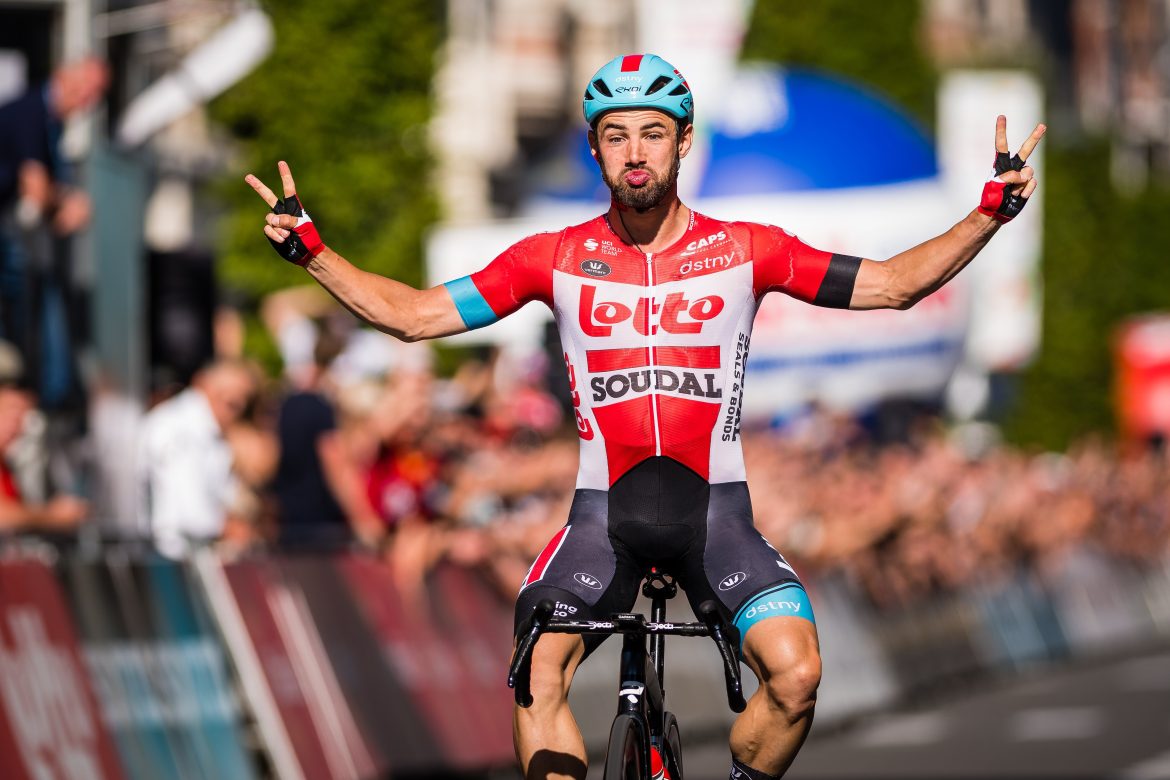 Victor Campenaerts has taken victory at the Tour of Leuven after a strong team performance by Lotto Soudal. Together with Zdenek Stybar, the 30-year-old Belgian entered the final local lap on the tough city course in Leuven with around thirty seconds advantage. The two riders still attacked each other but eventually a sprint-à-deux on the Bondgenotenlaan would indicate the winner. Victor Campenaerts proved to be the strongest and took his first victory of the season. That way, Campenaerts makes it 21 wins for Lotto Soudal so far.

“I had really marked the Tour of Leuven in my agenda. I knew the course by heart, came here for a recon and was at the start with ambition. With this strong team, we knew we had to aim high. To finish it off, is of course really nice”, says Victor Campenaerts. “The entire team was really motivated today and we showed that in the race. We really took the race into our own hands and created a really favourable situation in the final. With still three Lotto Soudal riders in the chasing group, I just had to win, right? Of course I wasn’t sure of my final sprint but I exercise these kinds of efforts a lot on training. So I had the necessary confidence that I could beat Stybar. I worked hard at altitude training camp and felt at the Tour de Wallonie that I was in the right shape. This I showed today by winning.”

His first victory of the season caused quite some emotions with Victor Campenaerts.

“As a pro cyclist, you only work towards one goal: winning races. It had been a while that I could raise my arms in the air and this really means a lot to me. As a cyclist, you make quite some sacrifices but this victory makes it all worthwhile. At Lotto Soudal, we are building a really nice project and this victory is another proof of that. And I am sure that a lot of moments like these are to come in the next weeks”, concludes Victor Campenaerts.