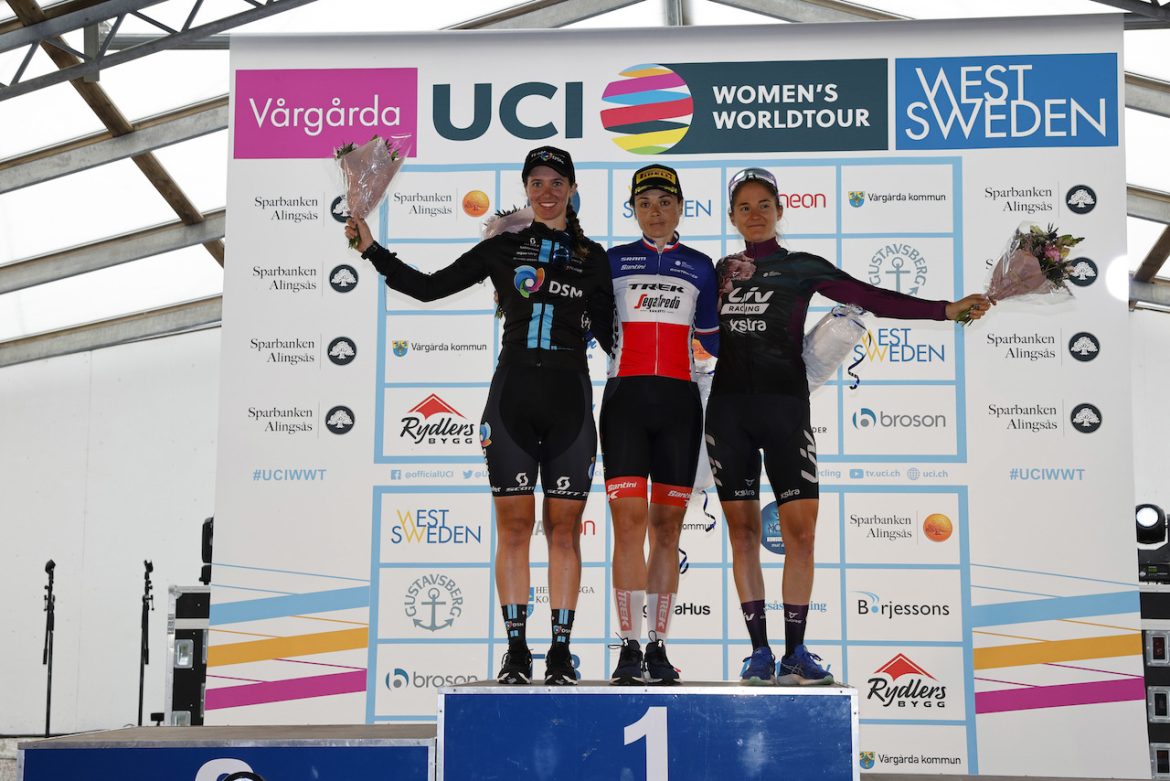 Audrey Cordon-Ragot sprinted to second place behind Marianne Vos in the Postnord Vargarda WestSweden road race and later declared the winner after Vos was disqualified. The race jury’s decision was for Vos’s illegal bike position during the race.

It was not the way Cordon-Ragot envisioned winning her first WorldTour race, and never easy to accept the accolades when it happens in this manner.  Aside from how to rightfully celebrate the unexpected win, Trek-Segafredo’s effort was deserving of victory, animating the race from start to finish.

The key selection was made when Team drove a searing pace into the climb on the penultimate lap, and after successive numerous attacks, Cordon-Ragot created the winning move. Three riders joined her, one being the always attentive Vos.

The quartet held a small lead for the final lap. The reduced bunch gave a furious chase but was unable to catch the four leaders. Cordon-Ragot jumped first in the sprint, but Vos’s insurmountable speed proved too much – that is, until the unexpected news was released 20 minutes later. Vos was disqualified from the race, giving the win to a surprised Cordon-Ragot.

Audrey Cordon-Ragot:
“To be honest, I have a mixed feeling. I’m super happy for the race I did, super proud of the performance of my teammates. We showed our strength with an amazing teamwork and my role was to finalize the huge work they did. That, for me, was the most important thing happened today and what I’ll retain from the race”.