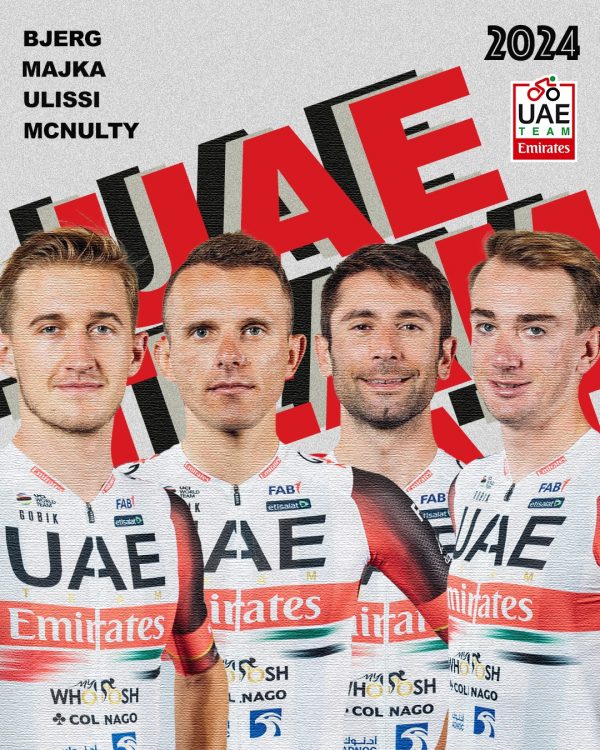 UAE Team Emirates are pleased to announce the renewal of four more riders with Rafal Majka, Diego Ulissi, Brandon McNulty and Mikkel Bjerg extending their deals through to the end of the 2024 season.

Majka joined the squad in 2021 and was a key player in the Tour de France victory of that year, with the Polish veteran also tasting personal success in stage victories at the Vuelta España and the Tour of Slovenia in his tenure at the Emirati squad.

Ulissi has been with the team from the outset, and has also been amongst its most successful and consistent performers over many years with 54 career wins to his name.

McNulty and Bjerg both came on board in 2020 as part of the teams long-term strategy to develop young talent and will continue on that path for the following seasons. McNulty has taken 3 victories this season while Bjerg has been a key domestique and featured in the top-10 in numerous time trials.