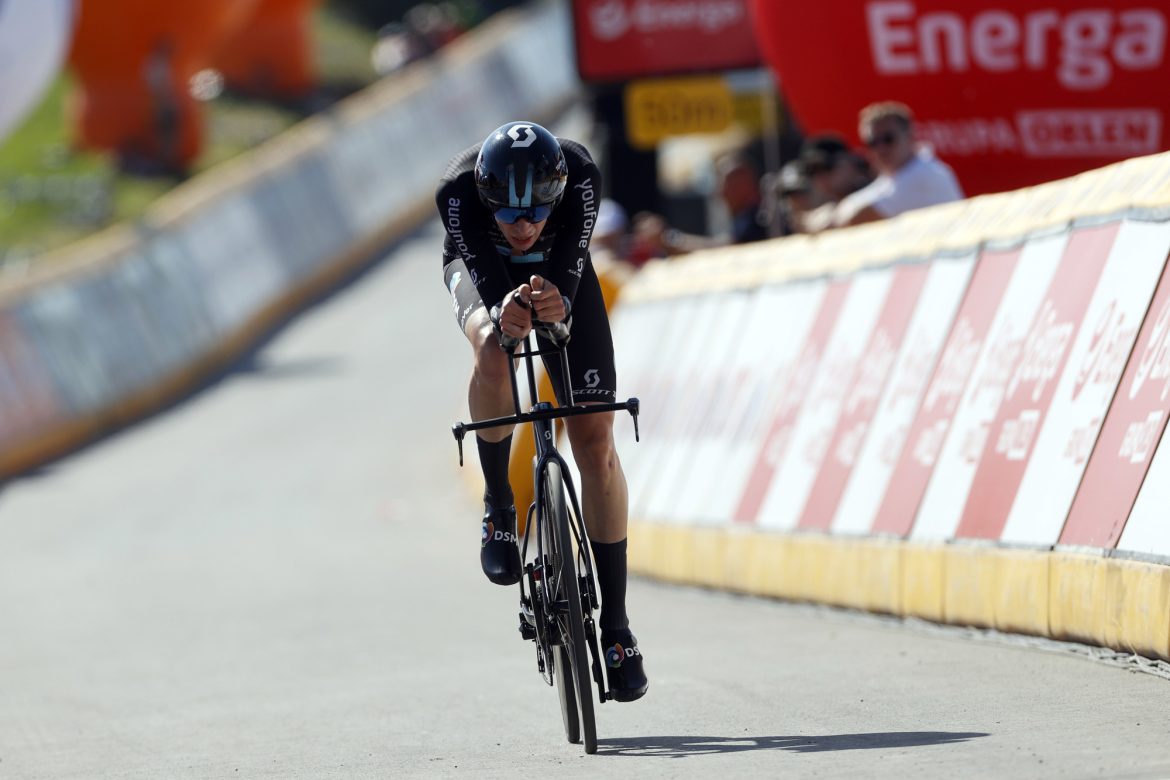 The sixth and penultimate stage of the 79th Tour de Pologne confirmed the expectations of fans. On the fast course linking Nowy Targ, Gronków and the ski resort of Rusiński, Thymen Arensman (Team DSM) clocked the best time of 17’40” after covering the 11.8 km at an average speed of 40.075 km/h. Magnus Sheffield (INEOS – Grenadiers) followed with 7″ and placed 2nd, while Ethan Hayter completed the podium 8″ behind.

“Today is a special day because it is my first victory as a professional which also coincided with a World Tour success. I had already been close to victory a few times this year, especially at the Giro d’Italia, and I finally did it today. It’s a special feeling.” confirmed the Team DSM rider. “The time trial was very nice, it was a matter of staying in an aerodynamic position as much as possible and pushing, as the road was climbing all the time. I think I interpreted the race well. The finish was hard but in the end my performance was good enough to win. Now I am also second in the overall ranking which is an added bonus for me. I have no regrets, I lost ground in the third stage, on the Przemysl climb but it is too steep for me anyway. I am a more long, steady climbs’ rider and on that stage I lost a bit too much to Ethan. It is what it is. My goal is still to try to improve myself as much as possible.”

While the Dutchman celebrated his first professional victory, Ethan Hayter, British national time trial champion, is the first Briton to wear the yellow jersey in the history of the Tour de Pologne. He now leads the general classification by 11” ahead of today’s stage winner and 18” ahead of Pello Bilbao (Bahrain Victorious).