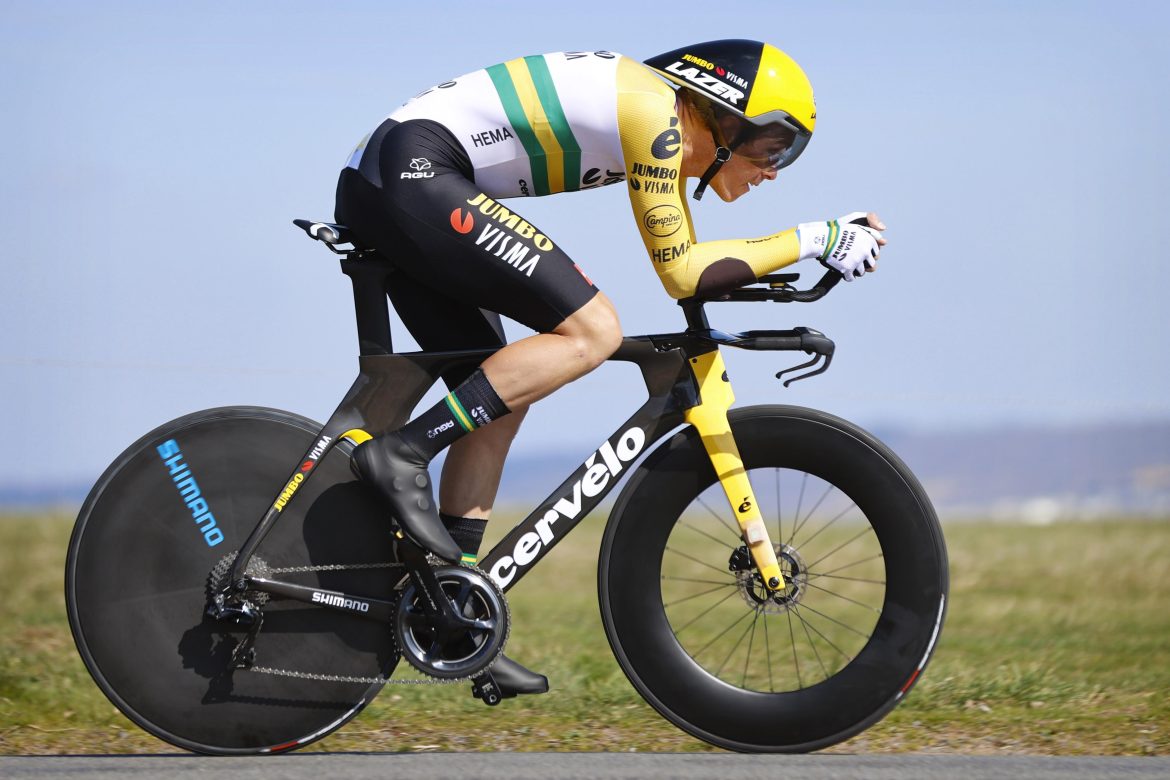 Rohan Dennis has won the time trial at the Commonwealth Games. The Australian of Team Jumbo-Visma won with a convincing margin over his competitors and raced to the gold medal.

At the Commonwealth Games, the riders represent their country. Dennis competed in the Australian jersey. The two-time world time trial champion did this superbly and showed from start to finish that he was the strongest. In the end, Dennis took the gold with a 26-second lead over Fred Wright and secured his second season victory.

“It’s an honour. It’s great to finally be on the top spot of the podium here”, Dennis said.

Dennis had a lot of support in the UK, which surprised him positively. “I was pleasantly surprised with the amount of Australian flags along the side of the road. I didn’t build up the race well. Perhaps, the nerves were to blame. In the end, everything fell into place and I took the gold. I am thrilled with this”, said the new champion.