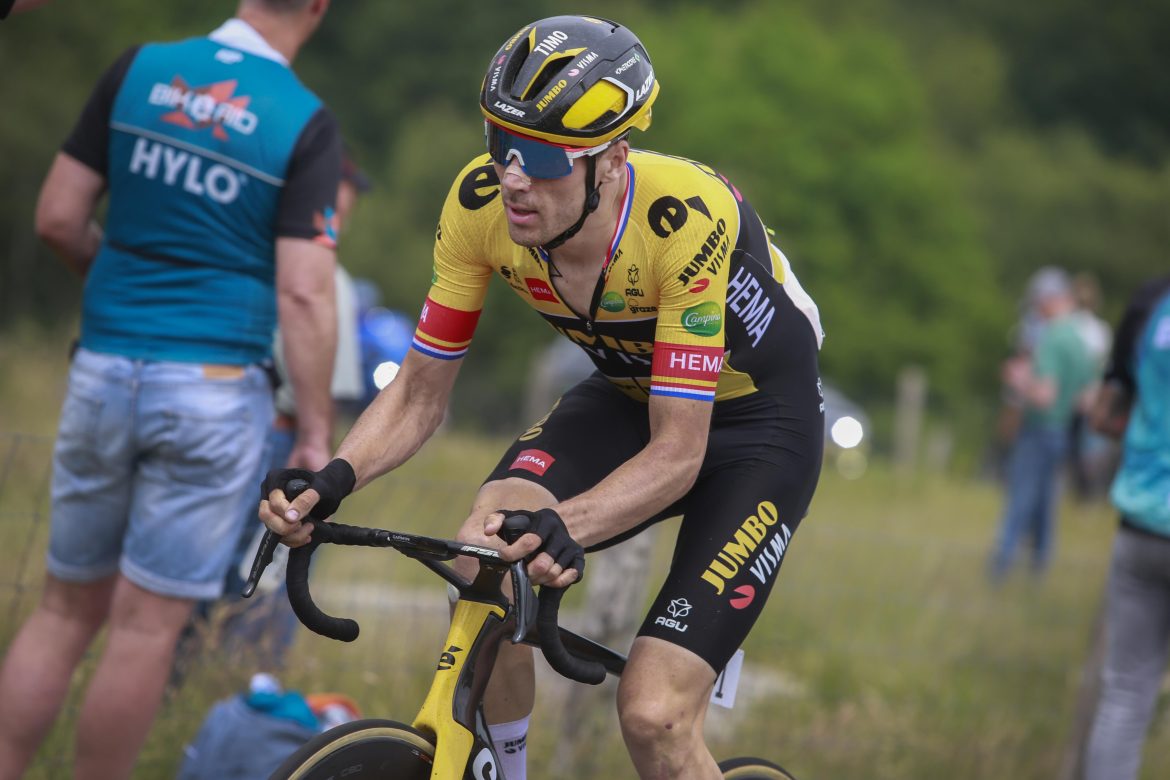 A big crash in the final kilometre has overshadowed the second stage of the Vuelta a Burgos. Team Jumbo-Visma passed the finish line first with Timo Roosen, but there was no joy afterwards.

On paper, the Vuelta a Burgos’ second stage was for the sprinters. On behalf of Team Jumbo-Visma, David Dekker would sprint for the podium places.

However, Dekker lost control on a speed bump in the last kilometre, crashed hard and took several riders with him. Because of this crash, Edoardo Affini, Chris Harper and Roosen rode away from the peloton towards the finish.

The three Team Jumbo-Visma riders crossed the line as first, second and third. “I had no idea what had happened behind me”, Roosen said. “We were behind Edoardo when there was a crash. I heard something and took a quick look, but had no idea there was such a big crash. When I checked if I had a teammate behind me, I saw yellow in my wheel. I thought it was David. Then I went full to the finish. Nobody passed me and I crossed the line, cheering. Of course that didn’t look good, but I didn’t know what had happened behind me. With the knowledge we have now, we would never have crossed the line cheering. I hope everyone involved is okay.”

Sports director Addy Engels felt terrible about the stage’s ending. “It was going perfectly for our team. Then, unfortunately, it went badly wrong. David has quite a few abrasions, although he doesn’t seem to have broken anything. We may have become one, two and three, but that doesn’t give a euphoric feeling in this case.”

The sports director saw his riders come across the finish line cheering but knew immediately that this was not intentional. “Our riders had no idea what had happened behind them. That did sink in afterwards. It’s top sport and we ride to win, but we’d rather not win this way.”