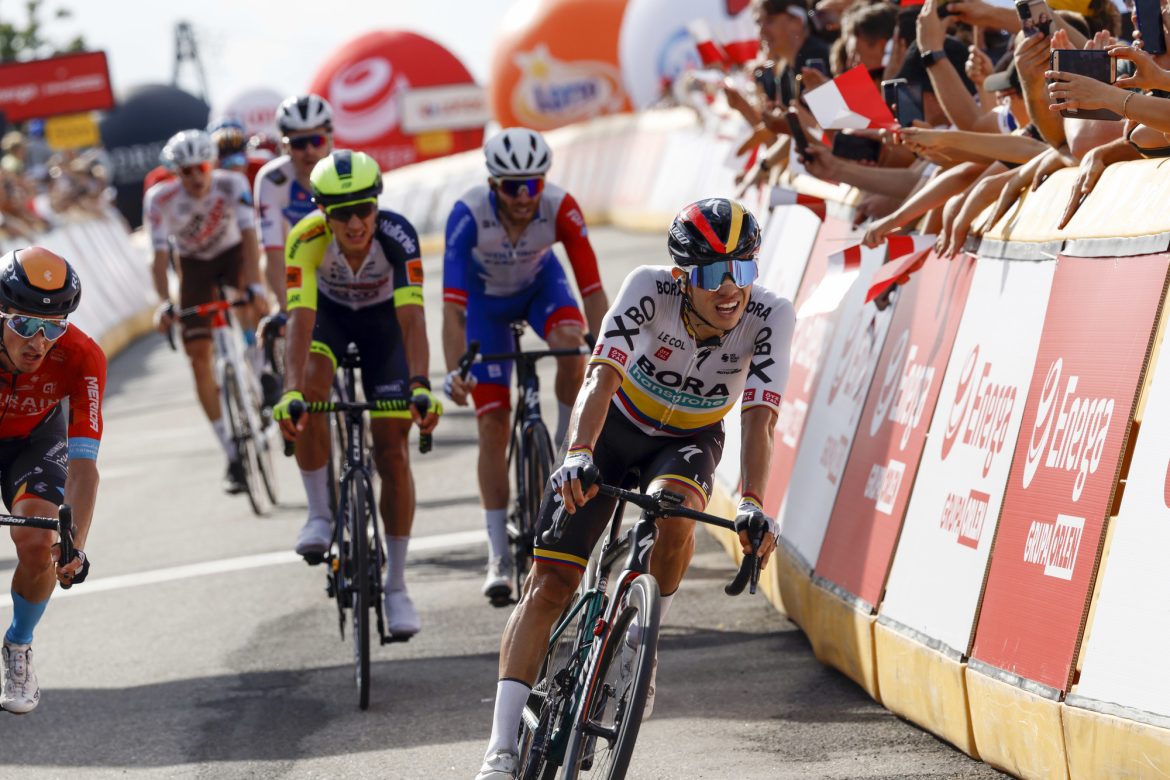 Starting in Kraśnik and finishing in Przemyśl, the 237.9km third stage proved to be as hard-fought as promised, with numerous attacks.

On his 25th birthday, Sergio Higuita was not intimidated by the challenging Przemysl climb and, with a little more than 200 metres remaining to the finish line, he attacked, leaving Pello BIlbao (Bahrain Victorious) and Quinten Hermans (Intermarché – Wanty – Gobert) respectively in second and third place.

“Today it was a special day for me as the victory coincided with my birthday. I couldn’t expect a more beautiful present,” confessed Sergio Higuita right after the podium ceremony. “It was a long stage but we stayed focused all the time and went for the win. The team worked really well. The climb of Przemysl is really hard and you have to know how to use your strength very well, especially in the final part which leaves no breathing before the final sprint. Now we will try to defend the jersey in the coming days.  The time trial will be a crucial moment of the race as you have to tackle it to the maximum from start to finish. With the team we will now do our best to defend the leadership.”

The result was decided in the last 1,700 metres, when the peloton turned left and faced the climb. Teunissen tried to take off from the bottom of the climb, but INEOS Grenadiers set a high pace and kept the Dutch rider under control. Once the Jumbo Visma rider was caught, the top riders began to move up on the steepest sections of the climb, with gradients of 13-15%. A selected group tackled the 90-degree turn with 200 metres to go, when Higuita opened the sprint ahead of Pello Bilbao and Quentin Hermans.

The General Classification inevitably underwent a shake-up and now sees the stage winner wearing the ENERGA yellow jersey followed by Pello Bilbao, 2nd at 4”, and Quinten Hermans, 3rd with 6”.