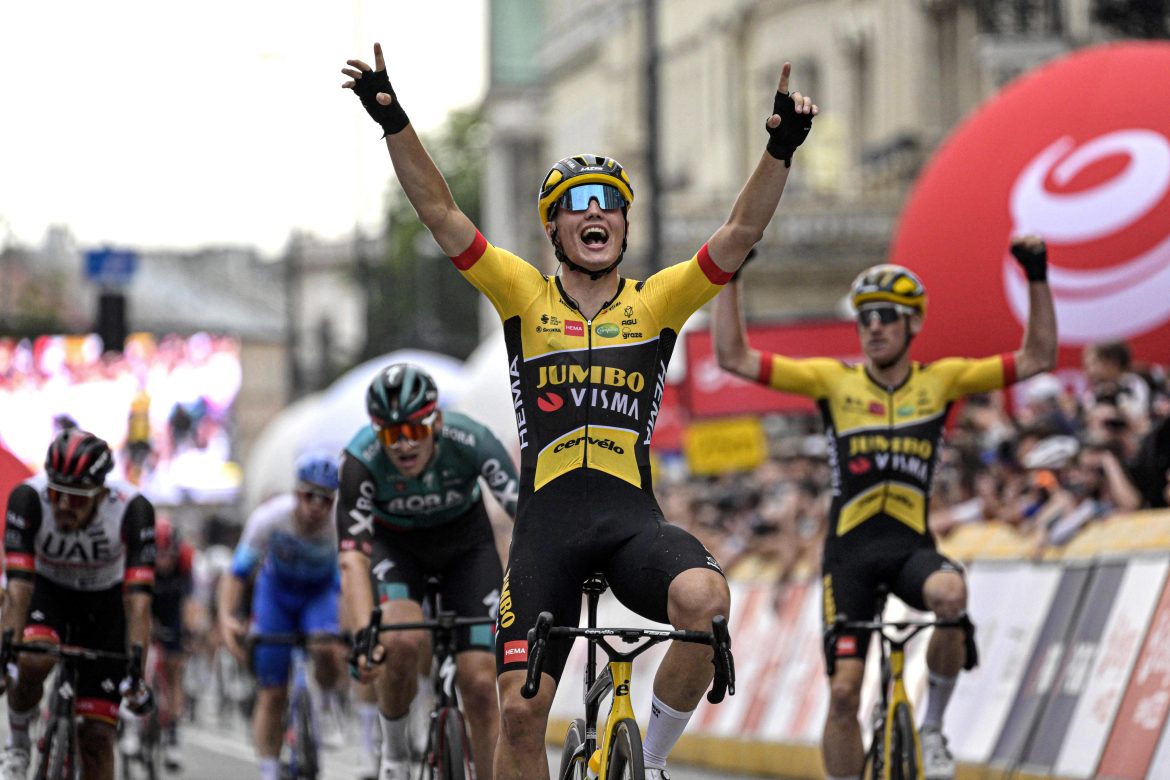 Olav Kooij has won his first WorldTour race by winning the opening stage of the Tour de Pologne. After excellent work from his teammates, the 20-year-old sprinter of Team Jumbo-Visma was the fastest in the bunch sprint. As a result, Kooij is the first classification leader in the Polish stage race.

In the winding final kilometres, the Team Jumbo-Visma riders rode at the front of the bunch. Tosh Van der Sande and Teunissen kept Kooij well in front in the final kilometre. At two hundred metres from the finish, Kooij launched his winning sprint.

It is Kooij’s ninth victory of the year and the 34th victory of the season for his team. “It’s always a great feeling when you cross the finish line first”, Kooij said. “Last year, I came close to winning this stage but finished second. It feels very good that I took victory this year. It is my first victory in a WorldTour race and it is a nice bonus that I get to wear the yellow leader’s jersey. The goal was to get at least one stage win. It’s a great feeling that we managed to do that in the opening stage.”

On the finish street in Lublin, the peloton was startled by a massive crash in the belly of the peloton. A narrowing road caused dozens of riders to tumble against the asphalt. “The bad news for us today is that Sam Oomen was involved in that crash”, sports director Arthur van Dongen said. “Just after the finish, he said he had a painful wrist. Hopefully the damage is not too bad. In any case, Olav’s victory gives us a good feeling about the end of the day. It is his first victory at the WorldTour level. As far as I am concerned, it is a textbook victory. The team controlled the race from the start and today’s lead-out was perfect. Olav feels and gets a lot of confidence from the team and it paid off today.”