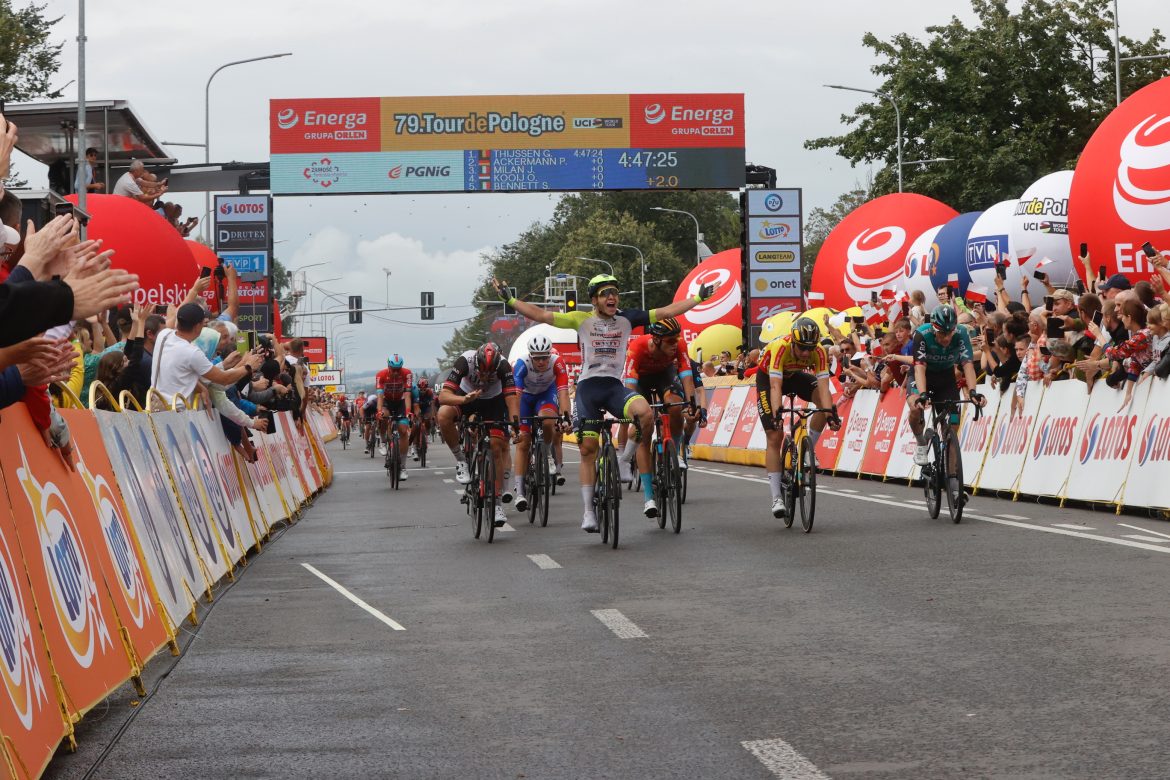 It was another great day for sprinters at the Tour de Pologne. The 205,6 km long stage, from Chełm to Zamość, featured several breakaway attempts and ended with a powerful sprint by Gerben Thijssen (Intermarché – Wanty – Gobert) raising his arms in the air ahead of Pascal Ackermann (UAE Team Emirates) and Jonathan Milan (Bahrain Victorious).

“It’s incredible to beat all the great riders here. I’m also really happy because it’s my first World Tour win. I came second in a stage of the Vuelta a Espana in 2020, so I really wanted to win today. It’s a collective victory by the whole team’ said an incredulous Gerben Thijssen afterwards. “Mark Cavendish was here too. When I was younger I was looking up to him and I admired him and today I beat him, it’s a dream. I really like the Tour of Poland. Yesterday I didn’t have the best legs because I came back from a training camp a few days ago, but today I was confident in the sprint and I could count on a great team. I have two guys with me for the whole season, so it’s also good that the team has this degree of trust in me. My goal was to win a race after the Dunkirk stage I took a few weeks ago and I did that here, so this race couldn’t have gone better“.