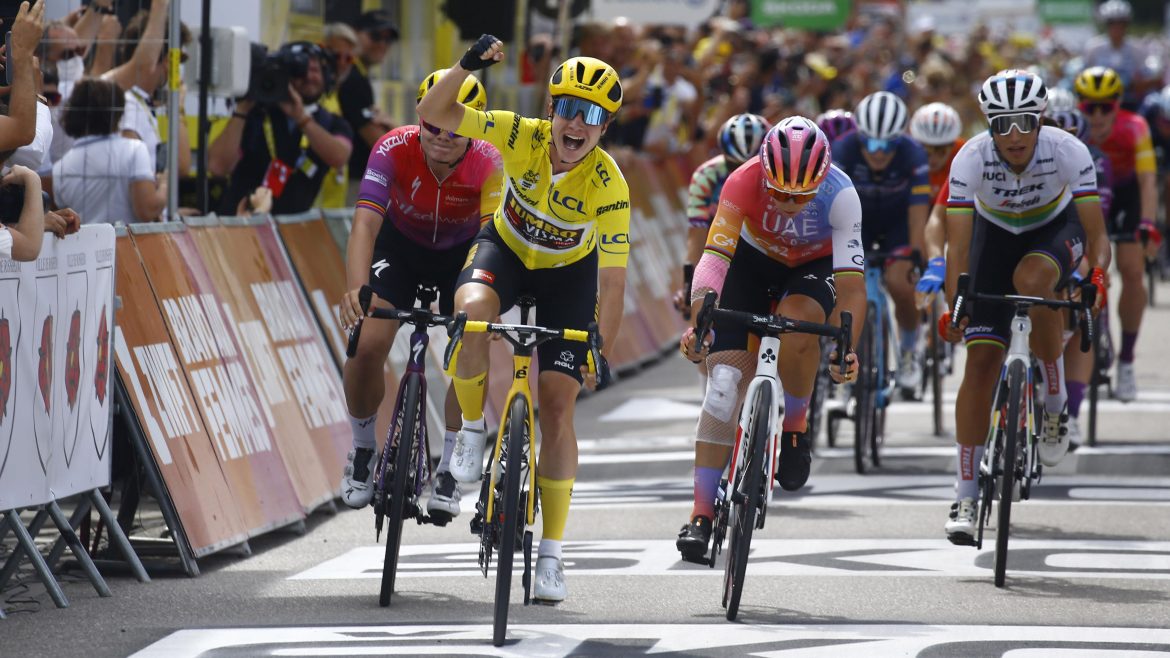 Marianne Vos has won the sixth stage of the Tour de France Femmes. The rider of Team Jumbo-Visma was by far the fastest in the sprint of a reduced peloton and took her second stage win of this Tour. In the general classification, the yellow jersey wearer further extended her lead.

Anna Henderson and thirteen other riders were part of a large breakaway group. Although the escapees never gained an advantage of more than two minutes, the peloton had to pull out all the stops to catch them. Henderson showed she had good legs and accelerated fifteen kilometres from the finish line. Two riders followed her, but the three were caught on the final climb.

Riejanne Markus and Karlijn Swinkels brought Vos to the finish line in a comfortable position. The Dutchwoman, who had already won the second stage on Monday, started her sprint at about two hundred metres from the finish line and kept all her competitors at a considerable distance. It made Vos the first woman to win a Tour stage in the yellow jersey.

“This is fantastic. I think I don’t quite realise it yet”, Vos said. “We wanted to go for the stage win today and with Anna in the breakaway, the situation was in our favour. The peloton rode hard to close the gap and on the Cote de Boetsch, there were several attacks. But the team kept me in the front and ensured I stayed out of the wind.”

In the sprint, Vos only had to choose the right moment. “I didn’t feel any wind until the last two hundred metres. I saw from the corner of my eye that Elisa Balsamo accelerated simultaneously, but I felt I had more speed. Although I had no acceleration left in my legs, I hoped my punch would be enough. Luckily I was able to finish off the team’s work.”