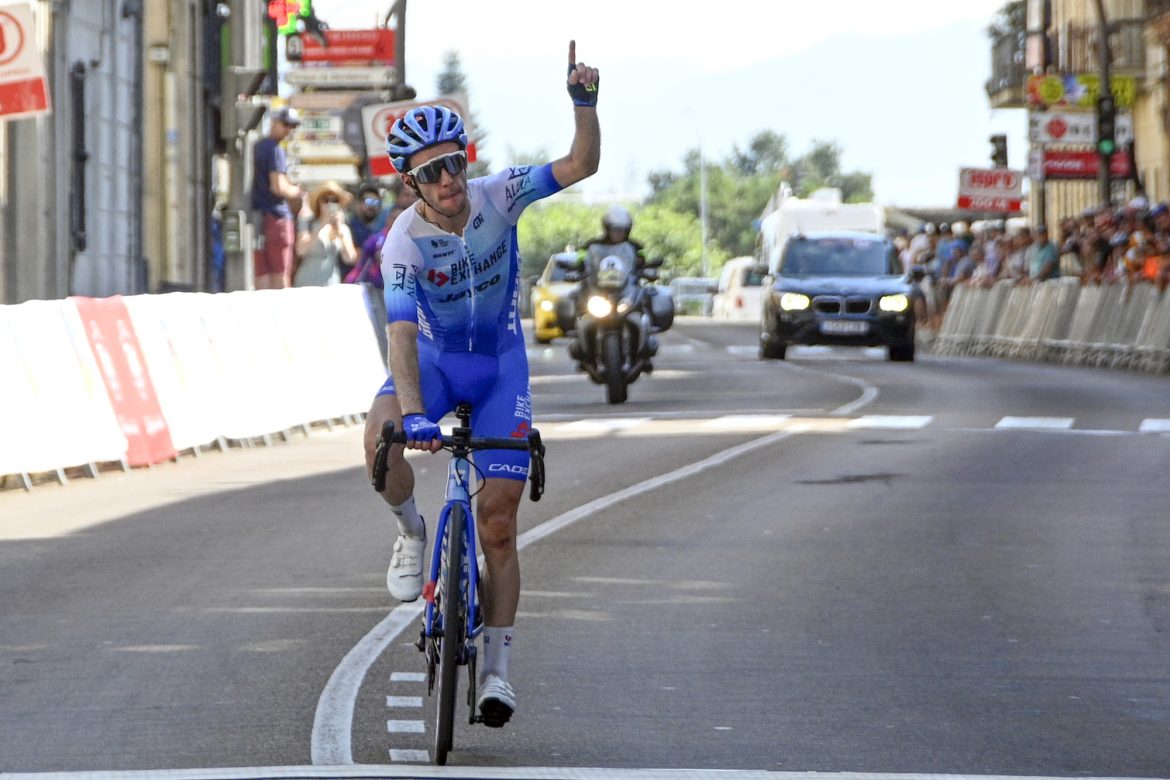 Simon Yates put on a display of incredible strength to solo to victory on the second and final stage of Vuelta a Castilla y Leon, taking the overall race win in the process.

The Brit, who just four days earlier served notice of his form with another solo win at Prueba Villafranca, made his move at the beginning of the Los Santos climb, 27km from the finish line.

With nobody able to respond, Yates slowly ramped up the pace as he pulled away from a chasing group of 16 riders to seal an emphatic win.

Team-mate Dion Smith, who finished second on the previous day, made it into the chase that launched from the peloton in pursuit of Yates, and the New Zealander was able to help monitor the situation for his team-mate.

An early break of six riders were allowed to open up almost three minutes over the peloton in the early part of the 189km stage, and that group swelled to 12 at one point.

Team BikeExchange-Jayco pulled hard on the front of the peloton in the final third of the stage to help reel the breakaway in, putting in another superb team effort after yesterday’s exertions. Shortly after the catch was made, Yates sprung his move, leading to his seventh win of the season to date.

“Of course I’m really happy with the win. We put it on the line today. We didn’t really know which way it was going to go: whether it’d be a sprint for Dion or whether I’d be able to do something on the final climb. With the heat and the way the race developed, it looked more and more likely that it’d be a select group, or a really attacking final for me. We really attacked the final climb as hard as possible, and then I just tried to do my best from there onwards. I’m really happy to have pulled it off, and now we look forward to San Sebastian on the weekend.”