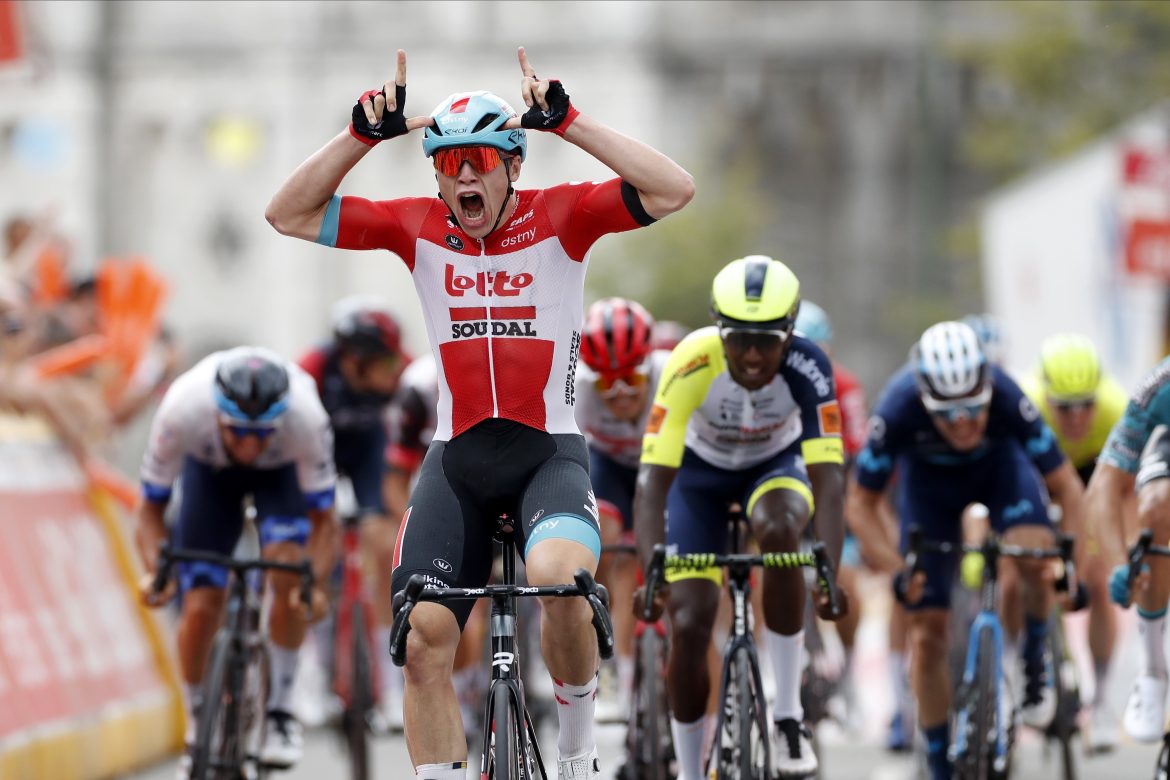 Lotto Soudal rider Arnaud De Lie has taken his first victory on Walloon soil as he won the third stage of the Tour de Wallonie in Rochefort. The 20-year-old Belgian launched an impressive sprint at the end of a tough stage between Visé and Rochefort. On a slightly uphill finish, De Lie beat Biniam Girmay and Axel Laurance amongst others. For Arnaud De Lie, it is already his seventh victory of the season. The youngster also made it twenty victories for Lotto Soudal so far this season.

Following an explosive start of the Tour de Wallonie stage three, a breakaway of seven riders eventually formed, which was kept on a tight leash by amongst others Lotto Soudal. Despite several short climbs in the final, a sprint would decide the stage winner in Rochefort. A sprint that was won in impressive fashion by Arnaud De Lie, who powered to victory with a strong acceleration.

“It is really special to win in Wallonia for the first time”, says Arnaud De Lie. “Of course, I had marked this stage beforehand and yesterday, I gained confidence for today on the tough Ardennes course between Verviers and Herve. Today would normally suit me a bit better and the team made sure it would be a sprint on this tough course. Sébastien Grignard did a great job to keep the breakaway within reach. Afterwards, the guys did a great sprint preparation and Jasper De Buyst guided me to the win.”

For Arnaud De Lie, it is already the seventh victory of the season, a dream start for the Lotto Soudal neo-pro.

“I love the winning feeling and it is great to get my seventh win today. I would already have been happy with one victory this season, so this exceeds all expectations. Everything that still comes now  is a bonus, so to speak. But of course, I want to keep on going like this. Tomorrow’s stage even has a bit more altitude metres so it will depend on how it’s raced whether we will get another sprint or not”, concludes Arnaud De Lie.