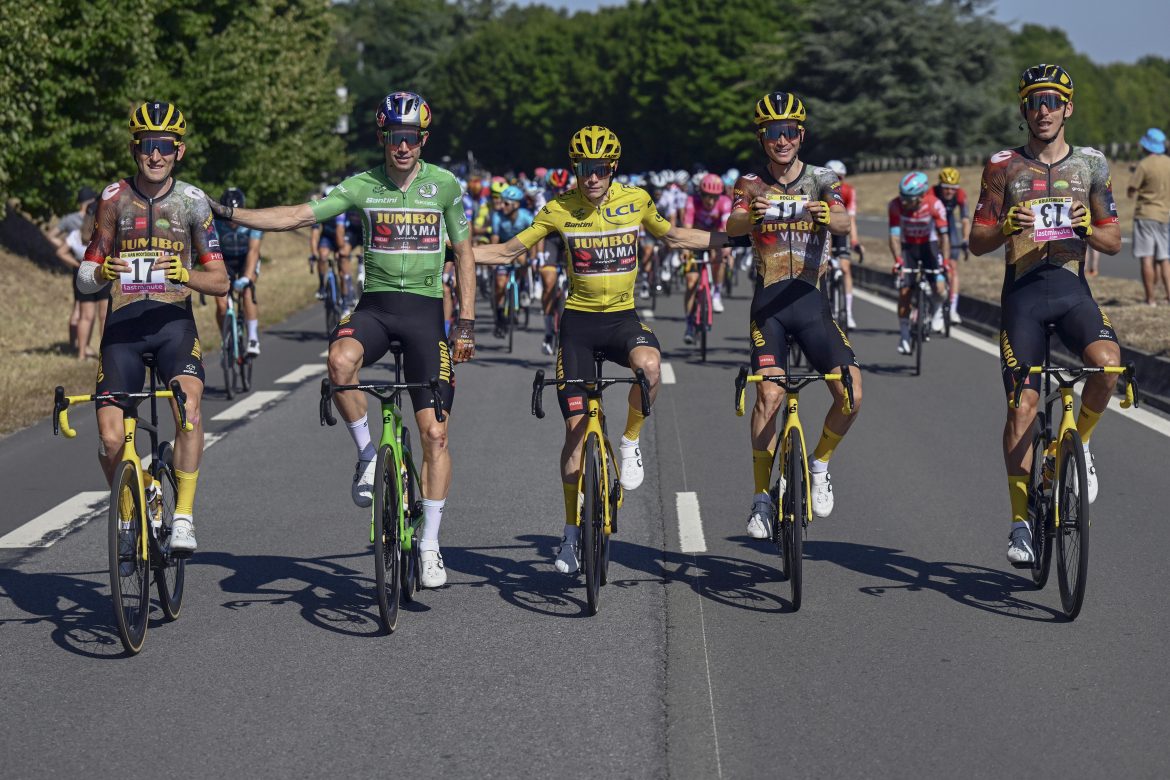 Jonas Vingegaard has won the Tour de France. The Dane of Team Jumbo-Visma crossed the finish line safely on the Champs-Élysées, securing the overall victory. Besides the yellow jersey, Vingegaard also won the polka dot jersey for best climber. Wout van Aert proved unbeatable in the battle for the green jersey and also won the prize for the most combative rider. In addition, the Dutch team won no fewer than six stages. It is the most successful Tour de France in the team’s history.

Vingegaard took the yellow leader’s jersey in stage eleven to the Col du Granon, which he won, and never relinquished it. “This means everything to me”, the Dane described his overall win. “It is the most prestigious prize in cycling, the biggest race in the world. It makes me proud that I can share this success with my family. We did a fantastic job as a team in the past few weeks. We will celebrate this. I thank every member of the team—both the riders and the staff. Since last year I believed I could win the Tour. The fact that my dream has come true is indescribable. This is the best moment of my life.”

“This is what we have been striving for so long”, team manager Richard Plugge said with pride. “Six years ago, we drew up a plan. We invested in talent development, equipment, workforce, knowledge and skills. Today, the work of the past years all came to a climax. We could not have imagined that this Tour de France would be such a resounding success for our team. We won the yellow and green jersey, the polka dot jersey, six stages and the prize for the most combative rider. I have once again seen how many people are involved in Team Jumbo-Visma. The commitment of all these people is invaluable. We are all going to enjoy these successes. Next week we will turn the switch and start preparing for the next year’s Tour de France.

Sportive director Merijn Zeeman did not hide his enthusiasm either. Zeeman helped lay the foundation for the team to develop into one of the best cycling teams in the world within a few years. “This is bizarre. I hardly have the words to describe this success. This was our dream. We worked towards this goal for years. Day in, day out, we were working with just one goal in mind. We won the Tour, the biggest cycling race in the world. It’s hard to comprehend at the moment. I still have to ‘recover’ from it. I have a lot of admiration for the guys who can perform under such pressure. This team deserves this most of all”, Zeeman said.

“It has been a fantastic three weeks. I’m very proud to be a part of this”, said Van Aert, the three-time stage winner, winner of the points classification and winner of the most combative rider prize. “We have shown we have a powerful team. Beforehand we said we wanted to go for both the yellow and the green jersey. We more than succeeded in that. This is very emotional for me. Winning the Tour de France as a team is something I dreamed of as a little boy.”